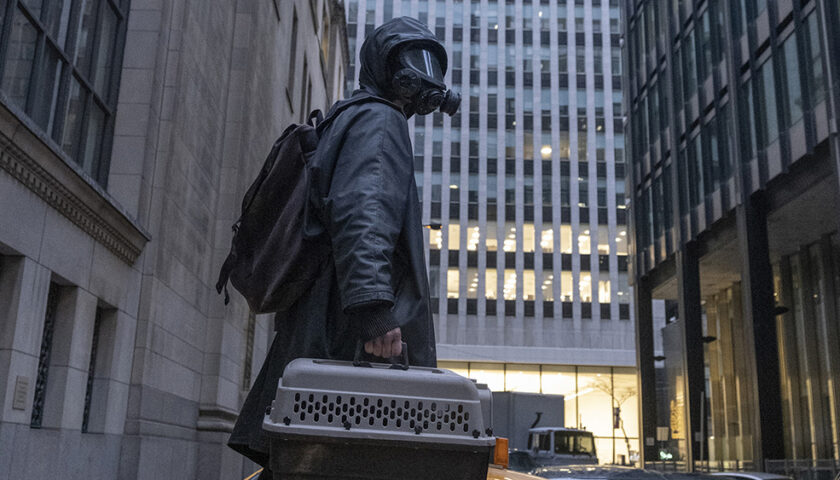 FX on Hulu’s long-awaited adaptation of Brian K. Vaughan and Pia Guerra’s comic classic Y: The Last Man is such an album of apocalyptic greatest hits that the comparisons will likely range from The Stand to The Walking Dead to 28 Days Later to The Strain to Revolution to Jericho. The most persistent comparisons, for me at least, were to a more uncomfortable version of dystopia, namely a real world colored by COVID and climate change, threaded with indelible memories of September 11, 2001.

Perhaps that’s why showrunner Eliza Clark’s take on the beloved property (which was published from 2002 to 2008) captures and at times even enhances so much of what was rich and resonant about Y: The Last Man and effectively delivers to many of its adored characters, while falling short in one key area. The comic doesn’t lack for darkness and gravity, yet it’s primarily a fun yarn. Through six episodes sent to critics, a lot of the fun has gone missing in the TV show. The series is often provocative, generally compelling and almost never quite as entertaining as it should be.

Don’t get me wrong: It’s entirely reasonable for a TV series about the sudden and gruesome death of half the world’s population to be dour and depressing. But that just isn’t the tone of the comic. And as Netflix’s recent Sweet Tooth adaptation proved, it’s fully possible to find a wide array of emotional colors and even levity in a postapocalyptic wasteland.

The preference for darkness in Y is evident from the get-go, in a pilot written by Clark and directed by Louise Friedberg. In contrast to the comic, the series devotes much more time to establishing the characters and circumstances before the abrupt onset of a plague that causes everybody on Earth with a Y chromosome to horrifyingly bleed out in the middle of daily activities. This leads to gnarled traffic jams, thousands of plane crashes, the upheaval of world governments and, of course, corpses absolutely everywhere.

The exceptions to the Y-chromosome carnage are Yorick (Ben Schnetzer), a 20-something aspiring escape artist, and his not particularly helpful helper monkey, Ampersand (surprisingly well-rendered by computer effects). Yorick is the son of Jennifer Brown (Diane Lane), a liberal member of Congress who has been elevated by these tragic circumstances to the presidency, and brother to paramedic Hero (Olivia Thirlby), traumatized by her own actions during the plague.

When I first read the comics 15-plus years ago, Y: The Last Man felt like it was primarily Yorick’s story. But subsequent readings have made it clear that Yorick is an immature, limitedly motivated protagonist — I was probably an immature, limitedly motivated protagonist 15 years ago — and the story is a true ensemble. Removing some plot threads entirely and overhauling others, Clark makes the ensemble framework clear.

Characters include mysterious government operative Agent 355 (Ashley Romans), the deceased president’s right-wing pundit daughter, Kimberly (Amber Tamblyn), and his former press adviser Nora (Marin Ireland), plus ethically complicated scientist Dr. Allison Mann (Diana Bang), whose name is the subject of well-earned jokes. While Yorick may be an infuriatingly reactive leading man, he’s still the centerpiece around whom the other characters unite and separate and interact at a pace so aggressive that it feels like a tremendous amount happens in the early episodes, yet they cover only the tiniest corner of the comics.

Vaughan and Guerra’s comics are extremely smart, but they’re extremely smart in a 2002 way. They’re very savvy about how the death of half the population would impact politics, and what the lack of men would do to certain institutions with entrenched demographic disparities. The comics were aware that a chromosomal plague would target cisgender men and that trans men would still exist, but they weren’t prepared at that moment to explore what that meant.

Clark and her team of writers are better able to tackle the idea that not everybody with a Y chromosome is a man and to delve into what it would mean to be a trans man in this landscape, using Hero’s friend Sam (a superb Elliot Fletcher) as a point of entry for many of the series’ most interesting conversations. It’s a more accurate reflection of a real world moving past a binary understanding of gender, at the same time altering the stakes on how people in this world would respond to Yorick. I think the series is better equipped to engage with the former than the latter.

The past decade’s increasingly poisoned and polarized discourse on matters of gender — add recent restrictions on reproductive rights to the contemporary resonance — gives Clark some potent new material. And although COVID-19 hasn’t been directly worked into the plot, it’s still a post-pandemic story in which the lone surviving white man puts self-entitlement over collective preservation and occasionally refuses to wear a mask even in circumstances where it would save lives. So draw your own conclusions.

Clark’s serious-minded approach to Y: The Last Man gives it grounding and thematic richness and sets up several terrific monologues to underline its speculative choices. It also makes the show talky and murky, and although the storytelling doesn’t exactly lag, it never finds the right balance with action-fueled adventure. And if the pop quippiness is your favorite part of the comics, that’s frequently lost here. The series’ directors keep the focus on what is sad and scary, without always grasping that some of the series’ genre tropes should maybe just be pleasurable and exciting. You can want to escape a fictional world and still have it play as escapist.

Schnetzer, in a role some people are going to find annoying without recognizing they’re supposed to find him annoying, supplies the series with some humor and perfectly captures the puerile side of a character with no desire to be humanity’s savior. He and Romans, who over time became my favorite part of the show, have a good bickering chemistry. And the addition of Bang, a few episodes in, establishes a strong core trio. Lane, Thirlby and Ireland all offer a good mixture of hard-edged intelligence and vulnerability, while Tamblyn adds much more of a sense of threatened humanity than you might expect, in what could have been a one-dimensional villain.

Y: The Last Man was a comic for grown-ups, but with youthful exuberance. From the graphic depiction of the plague to a flexibility with nudity that presumably comes from the “on Hulu” part of “FX on Hulu,” the TV series is perhaps adult to a fault. It’s impressive enough, though, that Y finally made it to the screen at all. So I’m willing to give the series more time to loosen up a bit, or maybe the real world time to become less of a dystopia.