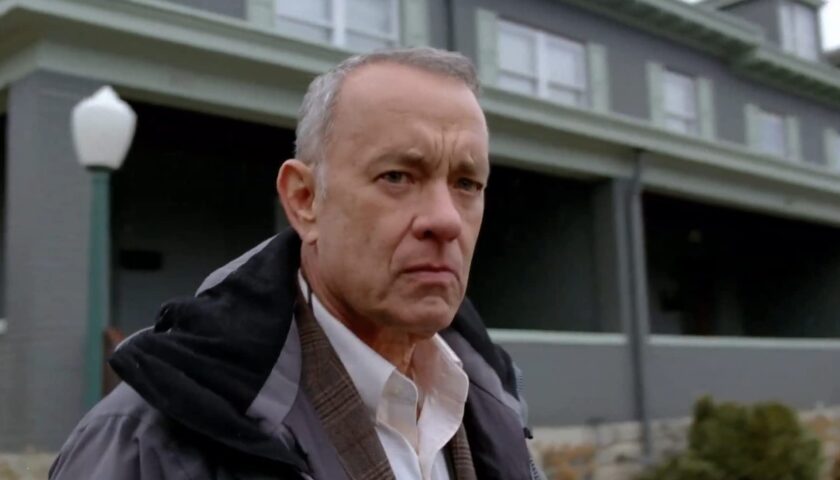 A Man Called Otto appears to be an inspiring, aspirational story of how amazing things happen when you let people into your life. The movie stays close to the original bestseller it’s adapted from, which has been described as a “comical and moving” story. Otto Anderson is a cantankerous man, who lost his wife and has spent the years since being quite lonely. But that’s not how he comes across to his neighbors and everyone who knows him or interacts with him. Otto is forced to retire from his job of 40 years, and now he spends his days just picking on people and cribbing about the big, bad world around him. He smiles less and frowns more, and gets furious at anyone or anything that disrupts his set ways of life, including his neighbors’ pets who pee on the sidewalk. And thus, Otto has managed to make an enemy of everyone around him. But that’s not everything that he is. This cranky old man does have other emotions that only come to the surface when he visits his wife’s grave and spends time talking to her and sharing his agony about the world.

In other words, Otto has no real-life human connection with any living being, until a young couple with two toddlers moves into the neighborhood. This arrival of new people in Otto’s life suddenly changes everything, because, unlike the others, his new neighbor Marisol is witty and equally relentless about not pushing Otto away. His day-to-day life takes a whole new turn, perhaps a little adventurous one as well. From babysitting to adopting a pet, the retired widower starts experiencing things most unexpected to him. And thus, begins a new journey and new relationships for Otto, which he never even realized he needed.

Academy Award-winner Tom Hanks headlines the cast of A Man Called Otto as the protagonist – a retired 60-year-old widower whose only objective in life seems to be harassing his neighbors and anyone else who crosses his path. In other roles, the cast also includes, but is not limited to, Mariana Trevino as Marisol, Otto’s new neighbor, along with Rachel Keller, Manuel Garcia-Rulfo, Cameron Britton, Kailey Hyman, Mike Birbiglia, Elle Chapman, Kelly Lamor Wilson, Lavel Schley, Juanita Jennings, Julian Manjerico, Spenser Granese, and Jon Donahue, among others.

The comedy-drama film is directed by German-Swiss filmmaker, Marc Forster. A BAFTA-nominated director, Forster is best known for his earlier projects like Finding Neverland, Monster’s Ball, The Kite Runner, Quantum of Solace, World War Z, etc. and is directing the upcoming film, White Bird: A Wonder Story. The screenplay of the film is adapted by David Magee from the original novel, a writer known for his work on earlier films like Life of Pi, Miss Pettigrew Lives for a Day, Mary Poppins Returns, and the latest, The School for Good and Evil. Both Forster and Magee have earlier worked together on Finding Neverland. Tom Hanks also serves as one of the producers under his production banner, Playtone, along with Rita Wilson, Gary Goetzman, and Fredrik Wikström Nicastro.