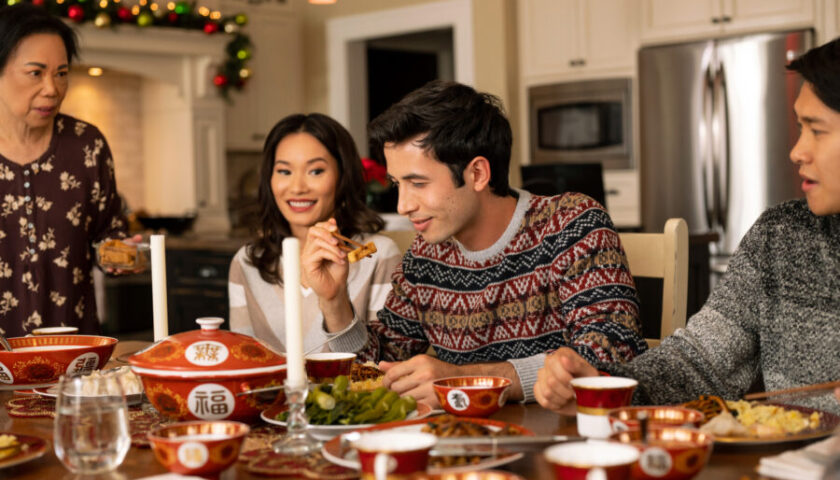 A Sugar and Spice Holiday is a Lifetime movie that centers on a Chinese American family. Eirene Donohue will write the script. Jennifer Liao, who is directing the film, has directed several episodes of the OMNI TV crime drama Blood and Water. Seemingly, the team is in the process of completing casting and beginning production. Shawn Williamson, Nancy Bennet, and Jamie Goehring are the executive producers of A Sugar and Spice. Lifetime reports that it is working with GLAAD and Coalition of Asian Pacifics in Entertainment (CAPE) for the film.

For the first time, Lifetime network will also be releasing a film that centers on an LGBTQ love story. Real-life couple Blake Lee(Fam) and Ben Lewis(Arrow) have cast in The Christmas Setup, Lifetimes first-ever LGBTQ-lead original holiday movie. At the same time, Jacky Lai(V-Wars), Tzi Ma(Mulan), and Tony Giroux(Motherland: Fort Salem). The films: The Christmas Setup and A Sugar and Spice Holiday are essential additions to the It’s a Wonderful Lifetime slate.

It continues their effort to tell the stories of the diverse communities represented by viewers; this is a statement from Amy Winter, the executive vice president and head of programming, Lifetime, and LMN. She further goes ahead to hope that through these inclusive films and others, people will see themselves while enjoying universally relatable holiday romances.

A Sugar and spice holiday follows Suzie’s (Lai) story, a Chinese American woman who incorporates her family’s cultural traditions to spice up an old fashioned Christmas baking competition. She is an upcoming architect who comes back to her hometown in Maine for Christmas. Here, her family is in charge of running the local Lobster Bar. Suzie ends up guilted into following her grandmother’s footsteps by entering the local gingerbread house competition. This indulgent follows the death of her grandmother, who was a legendary baker in their community.

For the game, Suzie teams up with an old high school friend, Giroux, where she has to find the right recipes and mix of sugar and spice she works to win the competition, she may encounter love in the process.Both A Sugar and Spice Holiday and The Christmas setup are Part of Lifetime’s; it’s a Wonderful Lifetime holiday movie slate that will feature thirty new movies this year, commencing on October 23 and continuing through Christmas.

A Sugar and Spice Holiday movie sets to premiere in December 2020; the first time the lead character features in an environment that leans towards her family and traditions and customs as they are adapted into the holidays as depicted in the film.Fans are in for coming several months of fun and entertainment from Lifetime. Stay tuned for all the necessary updates concerning this anticipated movie.