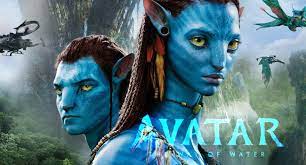 It’s been 13 years since James Cameron’s “Avatar” revolutionized the film landscape and topped the history-making box office charts. Now, the long-awaited sequel, “Avatar: The Way of Water,” is finally about to flow into theaters on December 16.

The sequel tells the story of the Sully family — Jake, Neytiri, and their children — as their land becomes torn apart. Per an official synopsis, the Sully family endures danger, battles to the death, and tragedy throughout the film. The couple are displaced from their homes and flee to the Metkayina’s waterworld, which disrupts tribal politics. Cameron directs the feature and produces alongside Jon Landau.

Keep scrolling to see everything we know about “Avatar: The Way of Water,” plus its upcoming sequels.

To fully untangle the Pandora’s box worth of plot twists, original film “Avatar” will be re-released in theaters September 23 to drum up excitement for the sequel, out December 16. The first “Avatar” movie made history, grossing $2 billion, and will now be released with a 4K high dynamic range restoration.

While the original first look at “Avatar 2” was unveiled in January 2020, the pandemic pushed back its release date. Cameron credited Marvel movies for ushering in the return to theaters and promised “Avatar 2” would not debut on streaming.

“Everybody makes a big deal out of [the box office battle], but the truth is what we really need to focus on is getting back to theaters,” Cameron said in April 2021. “Hopefully we can still have movies like that, ‘Endgame’ and ‘Avatar’ and the big Marvel movies and all that, movies that are able to make $1 billion or $2 billion.”

Later at 2022 CinemaCon, Cameron promised “The Way of Water” will wow on the big screen.

“I know it’s been rough on the exhibition community these last two years,” Cameron said of theaters amid the COVID-19 pandemic. “I just want you to hear it from me that [producer Jon Landau] and I are here to work with you, you’re our partners, and the best way we can do that is delivering content that is a must-see experience at the cinema.”