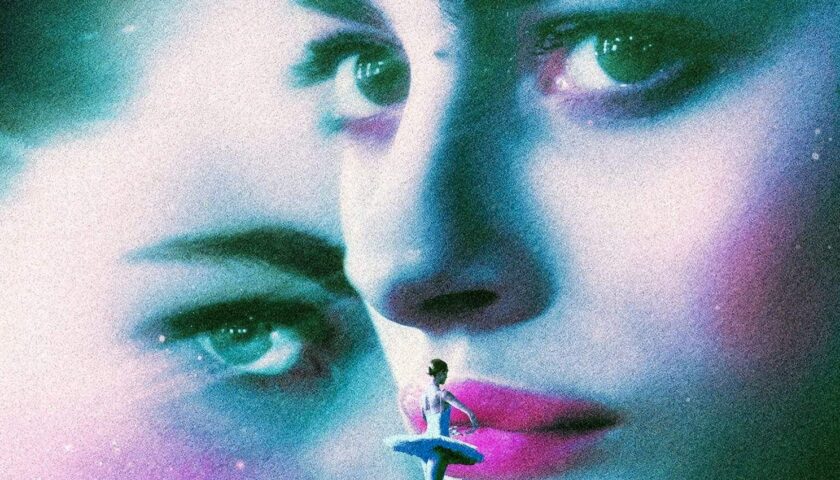 The brunette: tall, poor, ungainly, Virginia-bred. The blond: pixieish, monied, agile, Paris-raised. Within minutes of meeting, basketballer-turned-ballerina Kate Sanders (Diana Silvers) and dethroned queen bee dancer Marine Durand (Kristine Froseth) erupt in eroticized violence. A bitch slap, then another, some full-throttle tussling and, finally, a potent sucker punch. Only one girl in this elite, cutthroat French école de danse will win a spot at the Opéra National de Paris. Yet, in Sarah Adina Smith’s surreal psychodrama Birds of Paradise, it matters less who will be crowned than how the war unfolds.

This is because Smith (Buster’s Mal Heart) is much more absorbed in excavating young female friendship and rivalry than she is in the passion of dance. Inspired by superior horror thrillers Suspiria and Black Swan, this stylish but at times daffy, even campy, emerging-adult drama loves its symbolism (sex is power, friendship is sex, etc.) but reveals little to nothing about the art form of its own setting. Birds of Paradise could take place at an art academy, a military boot camp, a school of witchcraft and wizardry, and still the themes of obsessive attachment and bloodthirsty ambition would percolate.

But because it recycles tired tropes of performing-arts training we’ve seen in a million teeny-bopper dance flicks, even its sensual art house moodiness can’t save the film from cliché. There’s only so many times you can hear a young beauty fret over a token of superstition or preach about sacrifice or hurl into a toilet.

Based on A.K. Small’s YA novel Bright Burning Stars, the film is most arresting when it autopsies the undefinable je ne sais quoi that draws two disparate girls together. Sparks fly at the first rehearsal of the season when Kate, a social rube new to the school, casually refers to another student who recently died by suicide. Capricious Marine, who had the whole world at her fingertips until her twin brother jumped from a bridge, flames into rage. Suddenly the girls can’t keep their hands off each other, leaving them scratched and bruised. Later, they’re both assigned to the same dorm room — which comes with only one bed. hanks to proximity (and a hallucinogenic party that annoyingly indulges and also amusingly satirizes druggy coolness), their mutual ire soon melts into emotional intimacy. But only one can be anointed with that prized contract.

I had no real sense of their hunger for dance, only their hunger for each other. The young women snuggle in bed each night sharing their deepest thoughts. They confess their worst secrets and hardest losses. They battle to partner with the best male dancer in the school — not because they truly desire him, but because his talent will exude their own. They call each other “best friend,” yet they both wonder if that is merely self-delusion. Scholarship kid Kate holds an unrefined raw power that conjures the tragedy of ice skater Tonya Harding. She’s desperate to be molded, and the demanding doyenne Madame Brunelle (Jacqueline Bisset) is all too happy to crush her into submission. Marine, the privileged but rebellious daughter of an American ambassador, appears graceful and doll-like but has no will to be anyone’s little marionette.

With her doe eyes and espresso hair, Silvers evokes a young Gaby Hoffmann: It’s hard not to automatically align yourself with the unwieldy innocent, even as she succumbs to the temptations of competition and her own darkest impulses. Froseth is believably cunning and vulnerable, but the laughable twists and absurd monologues of the film’s latter half distract from her performance and the chemistry she shares with Silvers. Both women have been standouts in the teen comedy world (Silvers one of the many bright young stars in the new classic Booksmart, Froseth playing the most compelling character in Netflix’s Sierra Burgess Is a Loser), so it’s refreshing to see them engage in murkier fare.

As the narrative contorts through the sexualized politics of the dance world, though, Birds of Paradise gets lost in its own muddied aesthetic pretensions. (Plague-doctor mask motif and primal fantasy sequences round out the artifice of weirdness.)

Shaheen Seth’s libidinous, compelling cinematography beautifully complements Nora Takacs Ekberg’s lush “haunted dollhouse” production design. But while Birds of Paradise is a worthy sensory experience, the visual and aural pleasures are not enough to sustain the tension. The sexiness starts to feel largely unearned. The lurch toward the climax becomes grueling as the girls get lost in their own class warfare and mind games.

As one cool cat drips at Kate, “It’s never been an even playing field. It’s always been about sex, blood and money. It’s all that matters.” How was that ever in question?