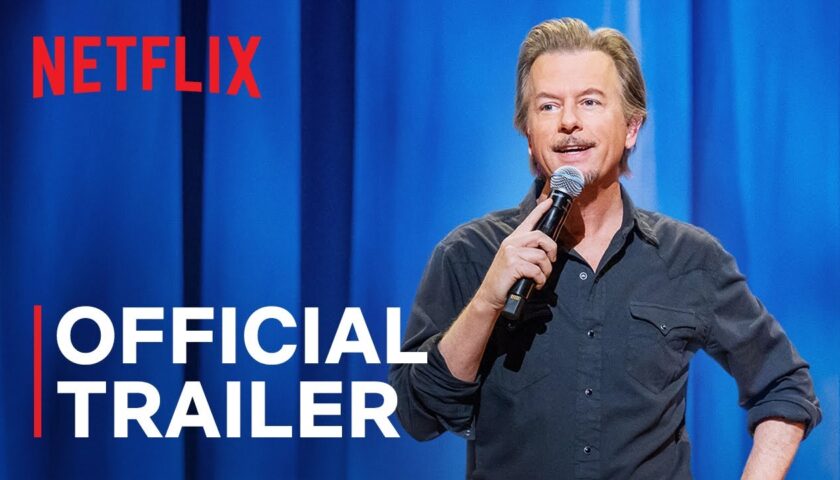 The pandemic actually hasn’t treated Spade too poorly in a professional sense. Not that it started out that way, as Comedy Central pulled the plug on his late-night talker, Lights Out with David Spade, two springs ago. But Netflix quickly came to the rescue, hiring Spade to star in a promotional talk show for the streaming giant’s other programming called The Netflix Afterparty. ABC also tapped Spade to host Bachelor in Paradise.

Barely any of this comes up in Spade’s stand-up, though. He will joke about how unlike paradise he felt his accommodations where for the Bachelor gig, and make a crack or two at the expense of his appearance in Grown Ups. Otherwise, this hour is a fairly standard yet scattered one, not spending too much longer than a “Hollywood Minute” on any specific premise.

Spade’s at his best as a comic foil. From SNL to his early movies with the late Chris Farley (Tommy Boy, Black Sheep) to his two long-running sitcoms (Just Shoot Me, Rules of Engagement) to even his more recent TV hosting duties, all of those gigs allowed Spade to work off of his scene partners. He’s more confident and emboldened in those scenarios than he ever appears as a solo act telling jokes. Maybe that’s why he doesn’t feel like digging too deep into any of the ideas he presents onstage. Or perhaps his premises don’t deserve much more than a passing zinger. Either way, the jokes breeze past, most of them forgettable once you’ve closed out the credits.

In that sense, Spade’s special is kind of like the clickbait he jokes about succumbing to in online headlines. Sometimes you will want to keep clicking to see what that star from the 1990s looks like now, even though Spade jokes: “I will save you 55 clicks and two-and-a-half-hours…she looks like s–t.”