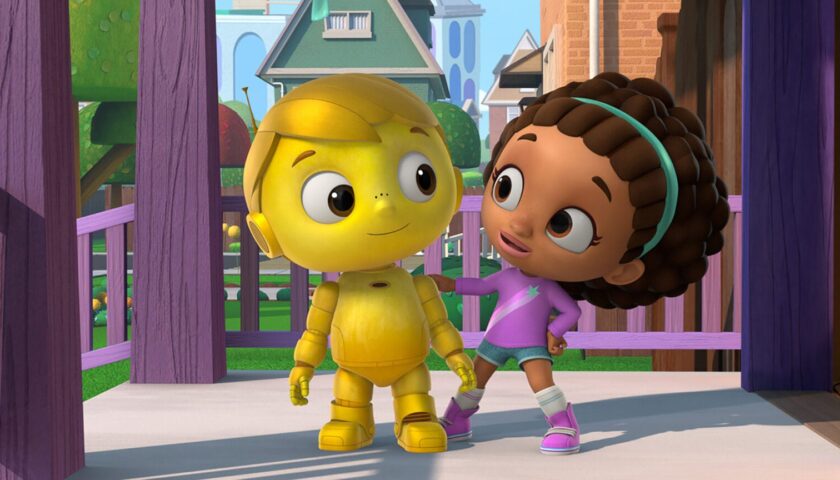 In this series we meet Doug, the boy robot who’s taking on the world one curious question at a time.

Like earlier today with documentaries, Apple TV  has a growing library of shows and films for the children. With Dreamworks Animation, this is Apple’s steps into pre-school market. Refreshing to see what they have  looks to have educational value and much as entertainment battle.

Charge up and watch the trailer below…

Doug is a young robot who senses there’s more to life than just the facts. While other robots plug in for their daily download, Doug unplugs and journeys into the human world with his best friend Emma to experience its wonders firsthand.

Discover new adventures with Doug Unplugs, when the series will premiere globally with the first seven episodes exclusively on Apple TV+ on 13th November .