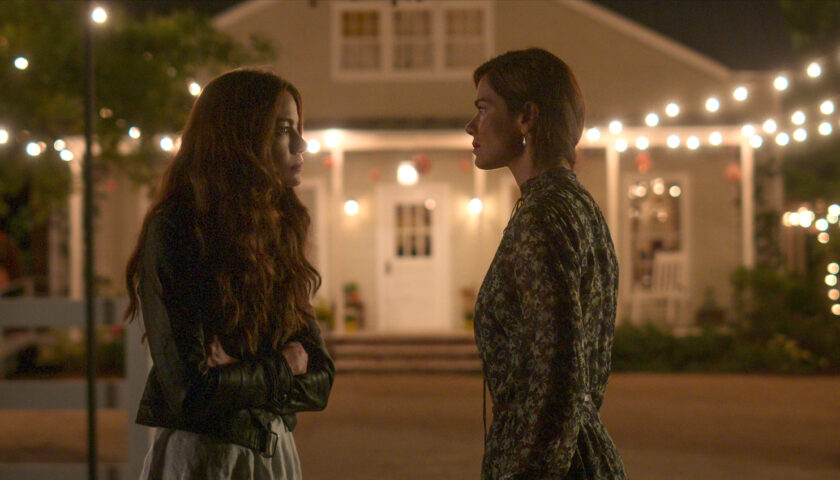 Echoes, a Netflix limited series about deceptive identical twins, might have worked on paper. It has the elements of an intriguing thriller: two inscrutable sisters, both played by Mission: Impossible’s Michelle Monaghan, whose impenetrable bond masks disturbing secrets; a Gone Girl-type mystery that exposes something sinister beneath enviable tranquility – in this case, the twins’ bicoastal yin-yang, country and city success.

Gina is a bestselling writer who lives in an airy LA mansion and drives a Tesla, Leni runs a horse farm in their rural hometown of Mt Echo, Virginia. Both are married to handsome men – Gina to Charlie (Daniel Sunjata), Leni to wrangler Jack (Matt Bomer). But they’re most devoted to each other, uploading their daily private lives into a shared virtual diary until the day Leni disappears in a suspected burglary, pulling Gina back to Mt Echo.

Unfortunately, little of the tension you could infer from this description makes it to the screen in this seven-episode series, which has some wild gesticulations but featherweight emotional heft. Created by Australian writer-director Vanessa Gazy, Echoes is both ridiculous and cheap-looking, neither of which is a crime if you can deliver on at least one dramatic hook – suspense, creepiness, a suspicious backstory, a haunting, envy, sex. Echoes reaches for all of these, yet struggles to capture a real feeling, its mysteries hollow, its deceptions shallow, and its various tones at best out of rhythm. It commits one of the true sins of peak TV, which is to be boring.

That is despite a twist at the end of the first episode which is supposed to upend expectations and scramble the brain but ends up just feeling silly. It’s impossible to describe the rest of the show without this so, spoiler alert, although it’s in the official synopsis (if not the trailer): since they were children, Leni and Gina have occasionally switched places, pretending to be each other and thus experiencing both lives (and romantic partners and, eventually, Leni’s daughter Mattie). As adults, they switch every year on their birthdays; the “Gina” we meet is actually Leni, desperate to find “Leni” (Gina) and playing both roles in the meantime in Mt Echo. (The Australian-produced series was filmed in Wilmington, North Carolina, which believably stands in for Virginia). Gina as “Leni” left a mess – she and Jack are estranged, her best friend Meg (Alise Willis) won’t speak to her, she’s been selling ketamine on the black market. The first four episodes (of six available for review) follow Leni as she attempts to decipher why an antagonistic Gina has fled from her, her distress often conveyed in clumsy voiceover via the virtual diary.

Echoes limply tries several different lanes for this mystery: thriller, in “Leni’s” suspicious disappearance and Leni’s search for Gina; crime drama, as a jarringly condescending sheriff, Louise Floss (Karen Robinson), puts together the pieces; psychological drama, as intrusive memories – flailing limbs in a tub, a burning church, their mother’s death from cancer – paralyze Leni in blunt, unprovocative blurs; romance, as flashbacks reveal the young Leni’s relationship with Jack and Gina’s bond with a troubled boy named Dylan, played as an adult with an edginess too sharp for this series by Jonathan Tucker. There’s even a swerve into horror lite with a sequence involving a beheaded doll, a secret language, and seemingly voodoo ritual for the twins’ switch – which, it turns out, amounts to merely changing hair, makeup and accent (Leni’s is southern).

None of these really work despite Monaghan’s best efforts in two puddle-deep roles; for the bulk of the series, Leni and Gina’s characterizations essentially boil down to Leni loved one boy and Gina loved another, with some jealousy mixed in. Leni’s act upon returning to Mt Echo is transparent (the other characters think she’s acting strangely because it is strange that “Leni” would have no context for the last year of her life), but Monaghan plays Leni with such tunnel-vision focus, and her deceptions are presented with such ominous-score seriousness, that it almost comes off as funny.

The show’s ambient meh-ness – not once did its plays for shock or suspense elevate my heart rate, and that includes several shots lingering on a fake burned body – makes it easier to notice the seams that would otherwise flow by. The young actors cast to play teenage Leni, Gina, Jack and Dylan barely resemble their adult counterparts, if at all. Gina’s plan, once revealed in a Gina-centric episode that offered the most surprise of the season, makes negative sense. Jack and Leni are written as if they barely know each other. Maybe the seventh and final episode will wrap up several threads left dangling, but Echoes offers little incentive to stick out its 40 to 50-min chapters.

My physical reactions while watching this series – shrug, eye roll, blank stare, “huh” – are typical for a certain category of Netflix original: disposable content that’s barely passable but just watchable enough to likely garner millions of views. Echoes is less in the lane of Stranger Things, Russian Doll or the OA and more like last year’s irksome thriller Clickbait, part of what Slate fittingly called “the clickbaitification of Netflix.” Echoes is a weak show, but the brand remains strong.