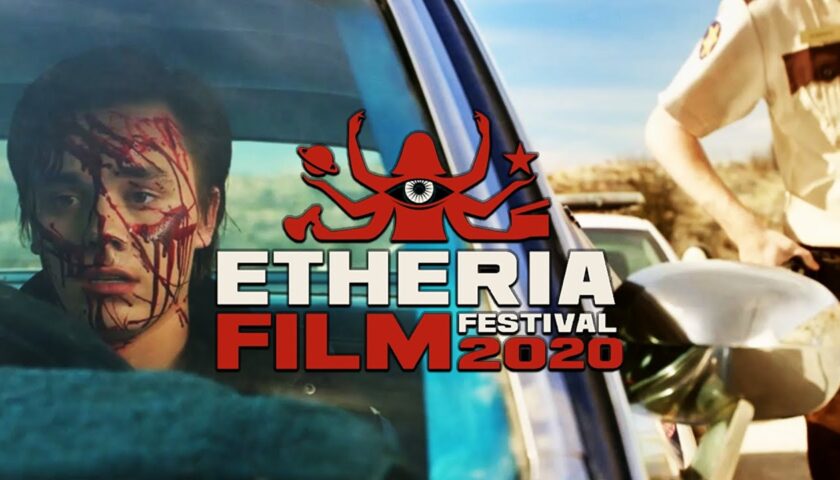 What is the Etheria series? It is an anthology of short films that deal with the genres of terror and science fiction, although there are also some proposals with a dose of humor. Each episode is a short film. The shortest is 11 minutes and the longest is 20 minutes. The first season consists of seven episodes, which can be seen at the same time and without a certain order. They are stories independent of each other, made by emerging filmmakers.

Do not expect that the short films are of impeccable quality, most of them are quite austere, you can say that they are independent productions, made with few economic resources, but with some very interesting ideas.

If you are of demanding tastes and only want to see high quality productions, then don’t watch these shorts, because you won’t like it. There are some with bad performances and with defects of any production made between friends.

What I like about this proposal is discovering the work of talented people who try to occupy a space within the industry. That their short films are available to be seen is important. Some of the short films are better done than others, but each one tells an interesting story, there are even some incredible ideas, which can be improved.

Those responsible for this anthology are those of The Horror Collective , a company that serves as a vehicle for the distribution of productions made by independent filmmakers, according to their website, for a low cost they can guarantee that the production will move in specialized festivals and even be distributed in different platforms.

I recommend watching the seven episodes so you can appreciate the ideas of these filmmakers. If you don’t mind the low technical and acting quality of some short films, you can enjoy the ideas embodied in these simple productions.

I will make an evaluation and description, without a spoiler, of each episode.

Episode 1 Two men argue in a vehicle, they are friends and it seems that something went wrong with a girl, whose body they have in the trunk. The short film lasts 11 minutes and was the one I liked the least, besides being the most amateur of all. I am surprised that it is the first chapter. You can leave it last, all the other shorts are better.

Episode 2 Anna has a grey life, working as a cleaner in a hairdresser’s, until an agent from the parallel refugee department contacts her, because several versions of Anna are coming from other universes. The short film is 20 minutes long. It is the one with the most humor of all, the plot is crazy, but the main character and the agent bring the funny moments.

Episode 3 In a world where angels and vampires exist, a woman finds the hiding place of an angel killer who killed her sister, she plans to take revenge. With an approximate duration of 12 minutes, it is the short film that I liked the most. It is very well done, with well choreographed action scenes, a scary place, good acting and very professional camera movements. The idea is not original, but it is good. I recommend you to see this first one

Episode 4 The story revolves around a group of people who dress up like they did in the 18th century and are watched by some visitors from another universe. A plot that slowly reveals the mystery, with a hopeless ending. I find the idea interesting and I like the performance of the main actress. The short film is 14 minutes long

Episode 5 A former Jell-O wrestling champion has a chance to prove she’s still the best in a wrestling show at the bar where she works. A very Pulp story, fun and with a chilling final revelation. This could easily be part of the universe of a Tarantino film, surely the director has influence from that director. It is the second short film I liked the most and it is 15 minutes long.

Episode 6 In an apocalyptic future, after World War III, a girl is confronted by a gang of rough men who maintain control of the area. A good post-apocalyptic recreation without great resources or special effects. We can see the references to Mad Max. The short lasts approximately 17 minutes.

Episode 7 Japanese production, where a young girl arrives at a house where she will receive lessons from Kot. It is the short film that deals with the most classic horror of ghosts, but perfectly executed. With a typical idea of these productions, the performances are convincing and although we imagine what the end will be, it manages to keep our attention during the 12 minutes that the short lasts.