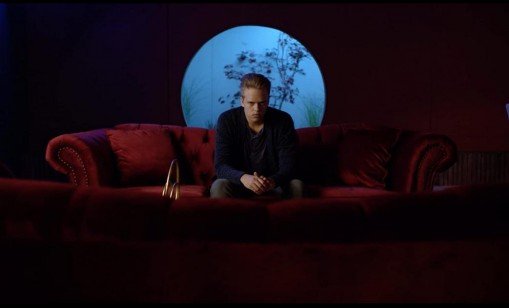 To be honest, after reading a brief description of the plot of this film, I could not imagine what horror I would face when viewing it in the course of the development of the picture. Yes, it mentioned that the test participants, who were under the close supervision of not only those who served the experiment, but also anyone who had access to the Internet, will have to try to not just win a prize of 5 million dollars, but.

What I saw was beyond my mind. This is not a horror movie, it’s a movie with a sadistic bent. At the same time, the filmmakers tried to sum up a certain philosophical idea, such as that a person’s life is nothing, anyone and everyone can die at any time, and none of the others, even if they saw a brutal and bloody murder right in front of them, have any business! They will go home quietly, have dinner, watch TV, and go to bed. And in the morning, none of them will even remember what they saw the day before. And there’s hardly a person on the planet who’s completely innocent…

And the plot of the film presents us over and over again with violent scenes of murder of the show’s participants, who, having arrived at a posh mansion, at first did not even guess what they got into. As the show’s host said, everyone who ends up at the bottom of the voting table is eliminated from the game. But what this means, the participants of the show learned only after the first round ended.

As it seemed to me, the filmmakers partly borrowed ideas from different horror movies – by the bloodiness of the scenes of the same “saw”, by trying to judge people by their deeds – “Ten little Negroes”, etc.

I can neither praise nor criticize the actors ‘ performance. Sometimes they played convincingly, but sometimes they were quite inexpressive in showing their emotions. Although… I can single out the actor (I wish I remembered his name) who played the role of the Grave for his last message to his daughter, and Walter Skarsgard as Casper.

The plot, in principle, develops smoothly, but there is no special intrigue in it, even despite the unexpected ending, although I already guessed what would be expected at the end of the film.

I don’t know what audience this movie is intended for. Clearly, it is better not to watch it for the faint-hearted, as well as for those who have not reached adulthood. I even doubt that it can appeal to horror fans. Something like that…

I can’t wish for a pleasant viewing, since I will not recommend this film to my friends or even acquaintances.