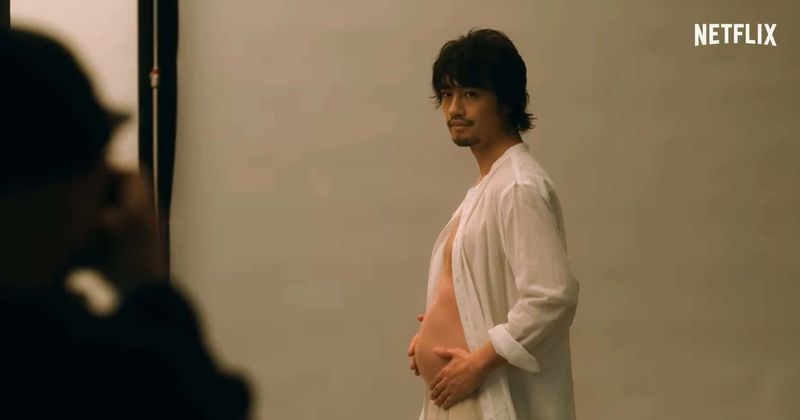 “Doesn’t matter who gives birth, pregnancy is a freaking miracle.” And when this miracle happens to a man, there is no way n this world that you can miss watching that. He’s Expecting sets the bar high and delivers even higher.

As expected, this series begins on a high note. It is almost like a superstar, Kentaro Hiyama (Takumi Saitoh), telling his story.

Soon, we are taken into the competitive work culture in Japan, followed by how casual relationships are. The series is quite progressive and it is not just in that aspect but also in supporting LGBTQ+. It is to be noted that the manga was written in 2012, when people dissed the concept as a whole.

This series is bold, new and refreshing. What I love the most is how this show deals with a sensitive matter in the best way possible. Of course, our character is embarassed at any given point but how he deals with the situations is something we could all learn from.

The story is something that instantly grabs your attention. Instead of backing out, our hero takes up the opportunity to take his professional life to the next step. The scene is one of the best things to happen to He’s Expecting. Soon, Kentaro does become a star. Sure enough, he gets to see some real faces and the bad choices he made in life.

Something as serious as bullying is also addressed in the show and it is impactful. Soon enough, the couple faces a real issue like family pressure to get married.

Did we mention that Kentaro has turned a star? Is a star’s life personal? No, right? Here, Kentaro is stripped off all his privacy as there is going to be a documentary shot on his life during and after being pregnant. All this to save his job. Since his life changes with the pregnancy, you see all the pain, anger and frustration in Kentaro’s eyes. When this man signed up to be a model, he did it to gain the respect back from his boss. Now, he has no option but to let his very private life get public for something that should otherwise have been quite normal.

The role reversal is not only fun but quite boldly handled and you just cannot overlook that.

A huge twist comes on the show when Kentaro’s father makes an entry into his life, revealing a huge secret that Kentaro cannot put his mind to. Sure enough, he is one character that you do not wish to deal with but are forced to. By now, you already know that Kentaro has been born in a dysfunctional family and that drama unfolds while he is pregnant. If this isn’t the twist you want to see and relate to, then you probably don’t live in India.

Constant tough decisions about the future keep popping up throughout the series. The story unfolds in a beautiful manner.

It is sometimes beautiful to see history repeat itself. That is the case with He’s Expecting. There is a warmth and a bond that makes the story more acceptable than it already is.

The story proves that if people want to, they can bring in the change they want to see. Thus, it is safe to say that a cute and powerful story like He’s Expecting has an equally heartwarming and perfect end.

Everything about He’s Expecting is beautiful. It is sensitive, entertains and heartwarming just in the right amount. Both Takumi and lead actress Juri Ueno (Aki) make sure you are engrossed in the story. Ryo Iwamatsu, who plays Kentaro’s father, is a huge surprise, one that you will want to know more about with every scene. Of course, Takumi steals the show best with his character Kentaro being understanding, matured and practical all at the same time.