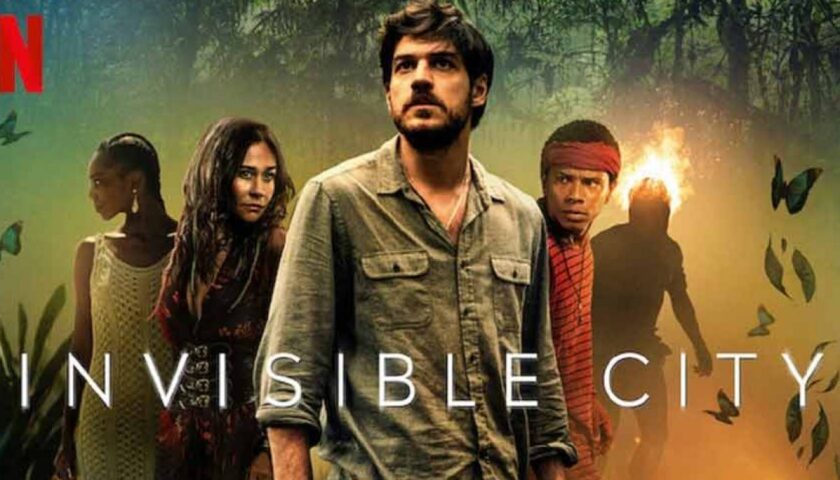 The storyline is familar: there are beings who live alongside us, look like us, but are “different.” Nothing new. The story proceeds well, but the protagonist, Eric, is the throwback. Of course, he’s written this way, but a little intelligence in the writing would help the storyline. Eric is hotheaded, and a bit on the dumb side. He reacts, which, for a policeman, is not the smartest profession for him to be in.

He disregards the advice of the “creature”, the one creature who will help him. She says, don’t go here, and what does he do? Shows up where he’s been clearly told NOT to go. The other characters are enjoyable, and since this is not situated in America, it makes it even more enjoyable for the spirituality of the people, and the ability to understand that there are things in life not visible to Man, but these people still know “others” exist, so it’s a co-existence-with-other-creatures attitude on the part of the “poorer” people that allows this movie to develop.

They believe in “healers” and people with powers to help the average person. It makes the series more enjoyable rather than having to deal with the usual “this-is-all-in-your-mind” attitude that happens in American supernatural series, where it takes the death of 3,000 people (slight exaggeration for comic effect!) before anyone believes that something supernatural is happening. However, there is the (quite American) stupidity on the part of the police, and perhaps that will slow the series down (I’m only into the 2nd episode, but Eric will either get on your nerves, or you’ll just sigh and say, “well, he’s a man. What can you expect?” (or maybe there’s a third choice I missed).

In any case, the police are equally inept (so far). Still, enjoyable, aside from the limited creativity on the part of the writers, who could write better dialogue and make Eric appear as though he has some brains. Luna, his daughter, is more “connected” and unafraid of seeing people she realizes are not human, and this makes the series interesting. So, dad: dumb. Daughter: very young, but perceptive about “alternate life forms.” You’ll have to find out where mom is for yourself.