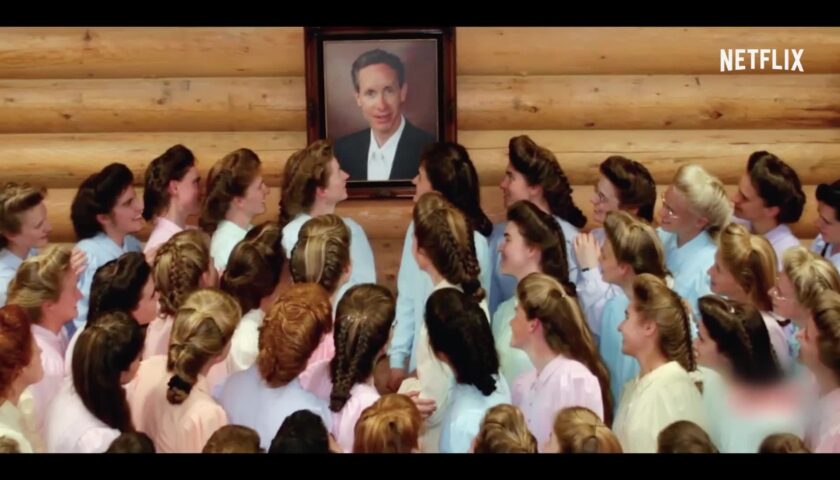 Zions Bank, the financial institution formed in the 1800s by the LDS Church to extend credit to Mormons who wanted to move toe Utah, was my employer from the year of the Utah Olympics to 2010. The bank Board Members included the son of The Prophet and the high ranking members of the LDS Church. They were heavily invested in the renewal and acceptance of the LDS Church by the rest of the country, and were frankly thrilled to have the FDLS members, whom they considered an embarrassment, move off to Short Creek. Not only did it get rid of the polygamy most of them considered unsavory, but it meant that Utah police didn’t have to waste time trying to prosecute people who might be their own distant cousins.

Short Creek sits in both Arizona and Utah. The location is to allow the participants to escape state police in one raid or another by allowing the criminal to walk across the street and be in another state. The town has the cash for most things, but, when it needed an expansion, one of the elders called our SLC office to send a loan officer, and that is how I got to know the FDLS.

The entire town was hostile to outsiders, even the young Mormon bankers who called on them from SLC. My young colleague, who had several young daughters, came back and said he wouldn’t go there again. He was afraid for his life, after he asked for (and was refused) to see the books on a business that needed a loan.

Had Warren Jeffs not manipulated the group into movie to El Dorado, Texas, the FDLS would still be arranging child rape, child trafficking and child abandonment in Short Creek. There just wasn’t the political will to go after the FDLS in the Mormon communities in Arizona and Utah, as there was in the non Mormon communities in Texas. The Texas move may have nabbed Warren Jeffs, but it didn’t stop much of what you saw happening to boys and girls on that ranch in this series, Warren Jeffs is still trying to run his empire from prison, and members of the FDLS still live in terror of him.

The series needs to add chapters about his life behind bars, the way it has affected the FDLS members, and what kind of future the cult has in the US. It needs to make clear that this is a cult about child sex and human trafficking, not a difference in the number of wives the law says a family can have. It also fails to look at the elaborate money laundering schemes, extortion rackets, and government fraud the leaders of the church commit. For example, second, third, etc,wives and children live on welfare at the expense of the government.

This is not the benign world of “Sister Wives.” It’s a world were everyone and everything is owned by Warren Jeffs. It did not end when those brave young women testified against Jeffs.