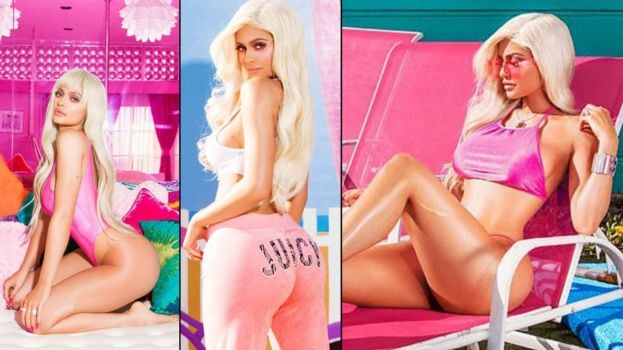 Kylie Jenner was born on August 10, 1997 in Los Angeles, California to Kris Jenner (née Kristen Mary Houghton) and athlete Caitlyn Jenner. Kylie has one full sibling, Kendall Jenner. She also has 4 half siblings from her mothers side including Kourtney Kardashian, Kim Kardashian West, Khloé Kardashian and Rob Kardashian, and 4 half siblings from her fathers side including Burt Jenner, Brody Jenner, Brandon Jenner and Casey Jenner. Kylie is the youngest child out of all of her parents children. Kylie began her modeling career with the Sears line “Crush Your Style” and has since done photo shoots for OK! Magazine, Teen Vogue, and photographer Nick Saglimbeni. She also modeled for Avril Lavigne’s Abby Dawn Runway in 2011 for New York Fashion Week. Kylie has expressed an interest in acting but feels college is a greater priority. Kylie is a part of the Kardashian Kolors by O.P.I, she has 2 colors called “Wear Something Spar-Kylie” and “Rainbow in the S-Kylie”. In 2012 Kylie was featured alongside her sister, Kendall Jenner, on the cover of Teen Vogue.