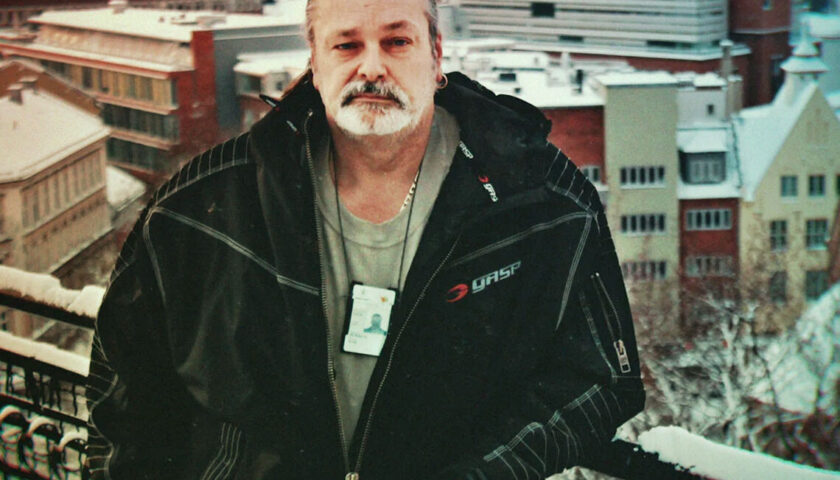 Jensen, for his part, maintains his innocence. He feels he was framed by an informer named Gjermund Cappelen, a drug smuggler that he came to know in the 1990s, through his undercover and other police work with various motorcycle gangs.

The first episode describes just what kind of cop Jensen was: Old-school but unconventional. He felt that he’d get better information from bikers if he reached out to them, drank with them, and got to know them as people instead of hardened criminals. His approach was certainly controversial but got results, and he came to be known to the Norwegian public when he was put in charge of a task force that was supposed to reduce the violence amongst biker gangs that erupted in the mid ’00s.

But others were skeptical; are these informants — whom, of course, Jensen and others flip to their side when with the promise of a lighter punishment for a crime — really snitching on their buddies or using these cops to help their enterprises? That’s the question that’s asked in the first episode as we hear about Jensen’s friendship with Cappelen, and how Cappelen may have tricked a Danish dealer Gunnar Evertsen into getting arrested after facilitating an air drop of 10kg of meth into Norway.

By having Eirik Jansen participating in this docuseries, directors Andreassen and Riise are trying to show how Jansen could be actually innocent of the various crimes that have landed him in what looks like a dorm room, but it’s actually a prison cell. Only Jansen really knows if he was set up or if he set up his informants to line his own pockets, but Mr. Good wants to have it both ways. It’s mostly successful, but sometimes gets muddled in its desire to play things down the middle.

The first episode paints a picture of a cop who looked more like a biker and acted more like one. There are pics of Jansen from the ’80s and early ’90s that show him drinking with MC members and looking like he spends his time as an enforcer, not a police detective. There is some lip service given to the fact that other countries and cities have tried the outreach method that Jansen espoused and weren’t successful, but the directors generally show that Jansen’s unorthodox methods got the job done.

The idea is that subsequent episodes are going to examine Jansen’s relationship with Cappelen, and how they may have used each other for personal enrichment, and then go over Jensen’s arrest, trial, conviction and appeal. But the first episode really doesn’t go into even a capsule of how Cappelen might have used Jansen or vice versa. This could be to get the viewers on Jensen’s side, or it could be just a function of having a little too much time to pad out the story. We’re not sure. But, as compelling as Jensen’s case is, this feels like an almost-four-hour story that could have been told in 3 hours or less.