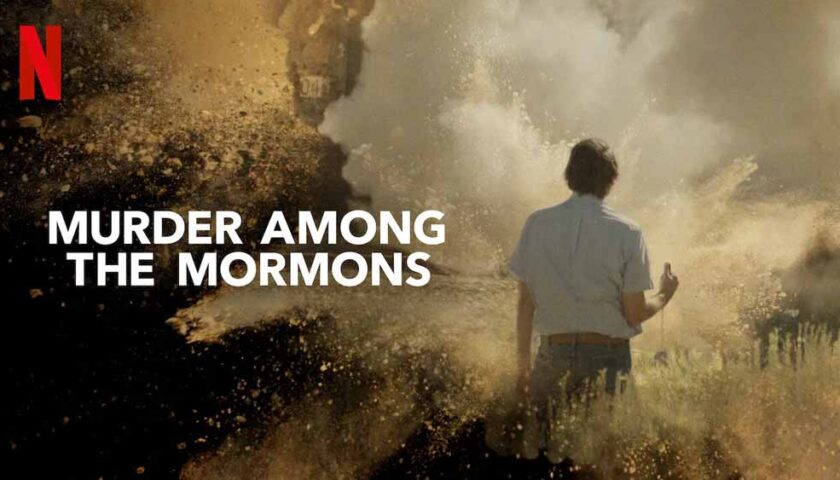 Murder Among The Mormons, directed by Jared Hess and Tyler Measom (with Joe Berlinger and Ryan O’Dowd as executive producers), details three bombings that happened in and around Salt Lake City in 1985, killing two and injuring one other person. The bombings revolved around the buying and selling of historic documents that challenged the stated origins of the Church of Jesus Christ of Latter Day Saints.

The first episode goes into the origins of the Mormon Church, where in 1823 Joseph Smith received golden plates from an angel named Moroni and translated them into English. By 1980, the trading of historical Mormon documents was big business, as church officials were always interested in filling in their history. Through interviews with document experts, church historians and journalists, we find out about a document trader named Mark Hoffmann.

By 1984, Hoffmann had made a lot of money buying and selling historic church documents, as well as other non-church historical documents. One document he found is the so-called “Salamander letter,” written by Smith’s scribe, Martin Harris. In it, Harris describes a story where Smith followed a white salamander to the plates. Church officials were eager to get the letter, and they brokered a deal through a businessman and document trader named Steven Christensen. By 1985, Hoffmann had claimed to have a line on the so-called “McLellin collection,” a series of documents which refuted the notion that Smith was the one who received the golden plates, among other information that could shake the foundation of the Mormon Church.

On October 15 of that year, a pipe bomb went off outside of Christensen’s office, killing him and injuring a secretary. Outside a suburban home, another pipe bomb went off, killing Kathy Sheets; the bomb was intended for her husband Gary, Christensen’s former boss and one of the financiers of the Salamander letter deal. The next day, Hoffmann himself was severely injured when a bomb went off in his car. Who could have done this?

One of the things we appreciate about Murder Among The Mormons is its brevity. It’s only three 45-minute episodes, so it gets to the meat of the story quickly, and it’ll go through the complicated Hoffmann case without diverting itself into other topics too much. And believe us, the Hoffmann case is pretty complicated, involving document forgeries and misdirection on Hoffmann’s part.

Whether you look up the case or not, you’ll be intrigued by the show just because of how things spiral out of control. After all, we thought when we watched, the buying and selling of historic Mormon documents seems like a pretty benign and nichey endeavor; why would anyone kill over this?

But what fascinated us more was how astonishingly credulous every document trader — all members of the church — were about the Mormon origin story vs. the “fiction” that Hoffmann was peddling with these documents. We’re not sure if Hess and Measom went into this project to do a treatise on how a religion’s origin story can sound like just that — a story — to non-believers. But the first episode illustrates just how far the Mormon Church will go to defend its history, one that they insist actually happened, and every expert that was involved in the document trade in the ’80s spoke to the filmmakers without a shred of doubt in their voice.

They insisted that the documents that Hoffmann was finding would shake the foundation of the Mormon Church because they would make the founding seem like mystical magic instead of something more pious. But to an outsider it just seemed like they were defending one apocryphal story over another. Whether the filmmakers intended to or not, that’s what kept us interested. As we get further into the case, and they examine how Hoffmann forged these documents and staged the bombing of his car, that part of the story may fall away and just become a typical true-crime story. But the first part just had us sitting up on our couch, wondering if there was anyone who was going to question the church’s origin story, just to show a shred of critical thought.