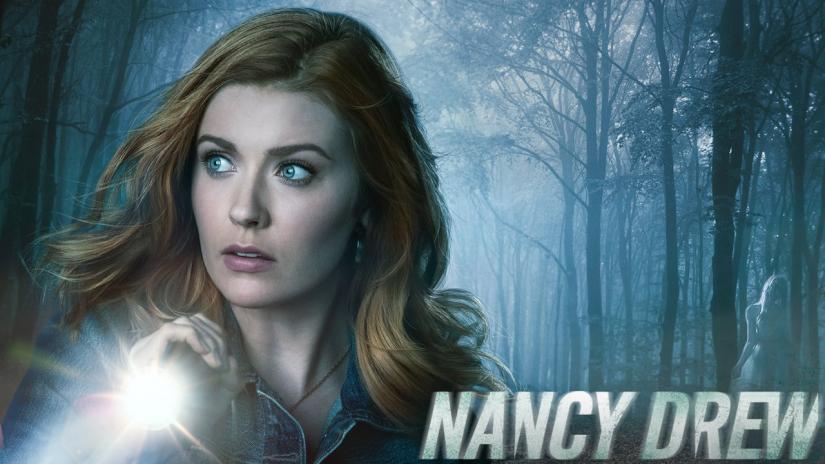 Next week, The CW brings the world of Nancy Drew back to the small screen after several years of attempts at a modern television reboot. The titular teenage sleuth has undoubtedly impacted readers for generations, but this new adaptation quickly establishes itself as a contemporary but oddly timeless take on the character. The pilot episode crafts a series that largely does right by Nancy, delivering heartfelt, modern, and entertaining drama that will hopefully leave viewers wanting more.

The series opens on an 18-year-old Nancy Drew (Kennedy McMann), who previously built a reputation for solving impossible mysteries in the sleepy coastal town of Horseshoe Bay, Maine. After a family tragedy, Nancy’s plans to attend college are quickly derailed, and she passes the time by working at the town’s diner. One night, a socialite is murdered outside of the diner, and Nancy and four of her teenage colleagues are quickly implicated in the crime. As the group works to prove their innocence, they quickly learn that a lot more secrets—and a supernatural mystery—lurk in the shadows.

Admittedly, there are some moments where the episode falls victim to staples for a CW pilot. Characters occasionally spout overly-expository dialogue, there are one too many obvious smoking guns, and a few of the music choices will make the pilot feel dated in a few years’ time. By and large, those elements never really take away from how genuinely entertaining the episode is. From the second that Nancy’s noir-like narration begins, the series isn’t afraid to have fun with how it shares information with the audience, and with how it builds upon the central mystery. Certain sequences are legitimately suspenseful to watch (with several jump scares), even before the supernatural twist is officially woven into the narrative.

Almost since the series was greenlit, Nancy Drew has drawn comparisons to Riverdale, The CW’s other soapy reimagining of 1930s pop culture. There definitely are some similarities—a largely-teenage ensemble, an anachronistic blend of aesthetics, and a take on childhood characters that will make some clutch their pearls (including, yes, a sex scene). But at the same time, it feels like a disservice to measure Nancy Drew too closely against its predecessor, as the problems Nancy and her friends face feel much more authentic for young adults. Even with a specter supposedly running around, Nancy Drew feels much more grounded in a sense of reality, ultimately coming across more like a hybrid of Pretty Little Liars and the early episodes of Twin Peaks. That’s not saying Nancy Drew couldn’t eventually get to Riverdale‘s level of teenagers running underground speakeasies and fighting bears, but there’s something earnest and refreshing about where the series starts out.

To an extent, a Nancy Drew adaptation lives and dies by how it portrays its title character, something that the series handles almost effortlessly. The choice to make Nancy a seasoned teenage detective, as opposed to someone investigating her first mystery, creates a fresh and entertaining foundation for the series. McMann handles that characterization delightfully well, and her Nancy is incredibly charming and watchable without ever really getting precocious. Beyond that, the framing of the series allows for an exploration of who Nancy is outside of her work, something that sets the show apart from previous live-action adaptations. It’s clear that Nancy has issues with emotional vulnerability and letting people help her, something that leads to some incredibly earnest moments across the pilot episode.

With The Magicians‘ Noga Landau and Gossip Girl and Runaways‘ Josh Schwartz and Stephanie Savage at the head of the series, it was safe for fans to expect a pretty strong ensemble surrounding McMann’s Nancy. The show largely succeeds on that front, especially when it comes to the other four teenagers who get sucked into the mystery with Nancy. One of the most enjoyable aspects of the show is seeing the group reluctantly interact with each other, and the sardonic but endearing dynamics that result from that.

In particular, fans will surely fall in love with George Fayne (Leah Lewis), Nancy’s former high school nemesis, and Bess Marvin (Maddison Jaizani), a pampered rich girl with a mysterious past. While their characters begin the series slightly at odds, the dynamic between McMann, Lewis, and Jaizani is really promising and will hopefully grow into the trio of best friends that they are usually portrayed as in other media. Outside of that circle, the other supporting characters are largely established on the periphery, save for Nancy’s lawyer-father Carson (Scott Wolf). Wolf does his best in his scenes, but his character comes across as a bit hollow at times compared to the parental figures of some of The CW’s other shows.

The Nancy Drew pilot might be a little rough around the edges, but it sets the foundation for what could be a genuinely entertaining series. The series capitalizes off of The CW’s Riverdale hype in nearly all the right ways, while also staking its claim as a familiar but fresh kind of teenage drama. With a reverence for the franchise’s lore, a cast that’s a delight to watch, and a surprisingly-layered mystery, Nancy Drew has all the makings of The CW’s next big hit.