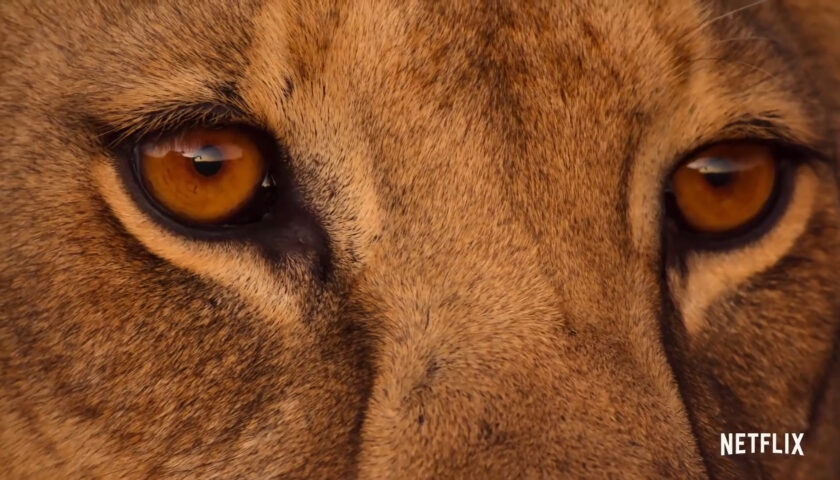 The former president narrates Our Great National Parks, a five-part docuseries that takes a look at the ecosystems that inhabit national parks all over the planet, and how those ecosystems are both examples of how humans can preserve life on earth while we’re also playing a big part in making many of these ecosystems endangered.

While the subsequent four episodes concentrates on a particular location, the first episode serves as more of an overview, showing national parks in the U.S., including the very first one, Yellowstone National Park, parts of Africa, Australia, Japan and elsewhere.

The animals highlighted in the episode include the bison at Yellowstone that dwindled to near-extinction a century ago, the Decken’s sifaka, a primate that scales the jagged rocks of a forest in Madagascar, a three-fingered sloth in Costa Rica that has an entire ecosystem in its fur, and more.

It’s not a stretch to say that Our Great National Parks is essentially like most other recent-vintage nature shows, except with Barack Obama doing the narration. But sometimes, a new narrator is all a show needs to perk up the format a bit; how many times do we need to hear David Attenborough’s voice, anyway?

There’s no denying that the various directors of the series — Sarah Peat directs episode 1 — have done some great work, likely with local crews, getting footage that looks amazing on any TV, but especially good in 4K UHD. Colors pop, details come out, and if you’ve got a big screen, some of the visuals are immersive.

So, how is Obama as a narrator? He’s OK. His tone is more Policy Wonk Obama than Surprisingly Funny Obama or Soaring Orator Obama, but there are moments where his wryness comes through. The moments that we enjoyed the most are ones where he personally connects to a scene, like when he was in Hawaii, or when he discusses the affects of climate change.

“So, how is Obama as a narrator? He’s OK. His tone is more Policy Wonk Obama than Surprisingly Funny Obama or Soaring Orator Obama, but there are moments where his wryness comes through.”
And, yes, there will be discussions of climate change in this docuseries. It’s inherent in the discussion of how we as a species have preserved swaths of the planet to keep their ecosystems intact. But despite our efforts, climate change will still make its impact; for instance, Obama describes how encroaching beach erosion is affecting the breeding and habitat of sea turtles on a tiny island in The Great Barrier Reef.

We’re fine with that; we’re keen on seeing how human activity has directly affected habitats in real time. That’s the most affective way of showing it, rather than flashes of scenes of garbage piles and smokestacks, which we saw in the first episode. We know what the culprits are; we just want to understand the direct affects.