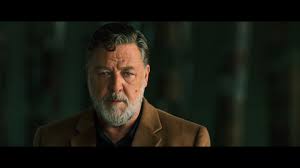 One of the most recognized filmmakers working today, Rian Johnson is as popular as he is polarizing. Ranging from more minor indie hits like Brick (2005) to mid-budget high-concept science fiction films like Looper (2012) and all the way to the colossal budget spectacle of Star Wars: The Last Jedi (2017), Johnson’s work is adored by some and chastised by others, and the writer/director/producer wouldn’t have it any other way. To put it simply, Rian Johnson would rather make a movie that audiences hate than one they forget. He prides himself as a storyteller who actively challenges the norms of the entertainment medium and subverts audience expectations.

That subversion of norms and expectations may not always hit, but Johnson achieved an absolute home run with the star-studded murder mystery, Knives Out (2019). Very much inspired by the mystery novels of Agatha Christie (Murder on the Orient Express), Johnson delivered an entry into the long-dormant genre to great success, due to its captivating characters, hysterical sense of humor, and a murder mystery plot that twisted and turned into genuinely unexpected directions. In addition to being a massive critical success, with the rare occurrence of Rotten Tomatoes’ critics and audience scores almost unanimously agreeing with scores of above 90%, Knives Out was also a box office smash, bringing in over $300 million USD with a budget that’s only estimated to be $40 million.

Fans wanted to see more adventures with Detective Benoit Blanc (Daniel Craig), and the film’s success didn’t go unnoticed by the industry, with Netflix purchasing the now-franchise for two sequels for $450 million USD. The first sequel, Glass Onion: A Knives Out Mystery (2022), has already been praised during its festival run as a sequel that is just as good if not better than the original, prompting Netflix to set its first-ever theatrical wide release for later this November, before it debuts on the streamer this Christmas. Clearly, Johnson is fitting right into the mystery genre, but now Johnson is working on an entirely new project that will take audiences outside the world of Knives Out.

Poker Face, not to be confused with the 2022 Russell Crowe (Gladiator) film, is a new series being directed, written, and produced by Rian Johnson himself, making this the first television series that the acclaimed filmmaker has created. Being billed as a mystery story, Johnson’s involvement should already be enough to garner interest, but the show has also brought in an absolutely stellar cast that seems to just get bigger and bigger. To find out everything we know so far about this mysterious murder mystery series, simply read below.

The first teaser for Poker Face introduces the character of Charlie Cale (Natasha Lyonne), a bitter detective who’s working on solving a series of crimes, each one complete with an absolutely star-studded cast. Already the look and style of the show looks incredibly similar to that of Knives Out, combining a compelling mystery storyline with effective moments of humor.

There was an aggressive bidding war for Johnson’s new series, but the streaming service that came out on top was Peacock, the service run by Universal Pictures. It’s a massive get for the streaming service that has had its fair share of quality original programs like Bel-Air (2022) and The Resort (2022), the streamer has still been looking for its very own streaming seller, and a mystery series from the current leader of the genre could be just that.

The above teaser confirms that Poker Face will arrive on Peacock early next year on Monday, January 23rd, 2023. Rather than just the pilot episode, that date will actually feature the first four episodes of the show, with the remaining six arriving every following Thursday.

Along with the trailer release was an official synopsis of the show and a bit more information on Charlie Cale and her role in the show:

Poker Face is a 10-episode “mystery-of-the-week” series following Natasha Lyonne’s Charlie, who has an extraordinary ability to determine when someone is lying. She hits the road with her Plymouth Barracuda and with every stop encounters a new cast of characters and strange crimes she can’t help but solve.

This seems to imply that Poker Face will be more of an episodic series rather than a serialized one, meaning that each episode will contain its own self-contained story rather than a larger overarching season narrative, but only time will tell what is truly the case for the mysterious show.

As mentioned above, Rian Johnson will be the creator of the series, in addition to directing, writing, and producing the anticipated show. Though this is the first time Johnson has created a series of his own, this is not the first time he’s been involved in a hit series. Johnson directed an episode of Terriers (2010) as well as three of the most celebrated episodes of Breaking Bad (2008-2013), so this isn’t entirely new territory for him.

Joining Johnson for the rest of the crew include Christine Ng (ZIWE) and Steve Yedlin (Looper) as cinematographers, Glenn Garland (The Lords of Salem), Bob Ducsay (Knives Out), and Paul Swain (The Unicorn) as editors, Bret Howe (Euphoria) and Mary Vernieu (Promising Young Woman) as casting directors, and Judy Rhee (Better Call Saul) as production designer.

Strap yourselves in because the cast list for Poker Face is nothing short of bonkers. Starring in the series is Natasha Lyonne (Russian Doll), who is the lead crime solver of Charlie Cale, a no-nonsense detective who has a gift for spotting lies in a suspect. Lyonne will also be joined by Megan Suri (13 Reasons Why), Colton Ryan (The Girl From Plainville), and Brandon Michael Hall (Search Party), but those names are only scratching the surface of who will be a part of the series.