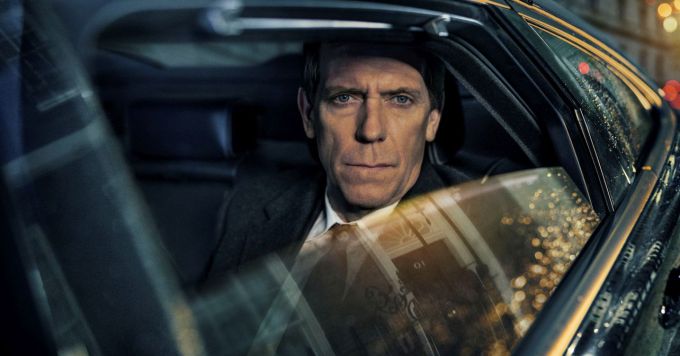 I think the BBC has completely lost the ability to do drama (and comedy). Here the story is at least not tacked on to any particular liberal cause – so far – but there is still that all-pervading air of political self-righteousness which seems meant to do duty for those old-fashioned virtues of an interesting story and a good script. The story is still unfolding, granted, but it’s taking a long time to get moving and it’s pretty obvious that it is going down the usual ‘three Cs’ road: conspiracy, corruption and cover-up (what a novelty it would be if a drama *didn’t* involve those things!). The script conspicuously lacks snap as compared to the best products of recent American TV: there’s too much slow, obvious exposition. It’s a yawnsome mix, in fact, of the clunky and the worthy.

One of the other reviewers comments that it feels old-fashioned, and I think that’s true (although privatisation in the NHS is, sadly, very much a live issue, and Hugh Laurie’s advocacy of it is the unmistakeable signal that he is a Bad Guy). Set in the present, with Laurie’s murky past going back to the 90s, it feels as though writer David Hare is really thinking of the 80s and 60s. He was born in 1947, and you wouldn’t be surprised to hear that an early draught of his script had been sitting in a drawer for 30-odd years. And that’s the thing: behind the somersaults turned in the name of onscreen yoof and ‘diversity’, it’s the same old middle class, middle aged (indeed elderly), white-bread people who are actually planning and creating the programmes. That way you get the worst of both worlds: a broadcaster which is trying to represent every constituency except the one it actually understands (and to which most of its audience belongs), and so doesn’t do justice to anyone.

Perhaps it doesn’t help that they are still stuck with producing hour-long eps in a world where 40 minutes is standard: a show like this, despite its decent cast, actually makes you long for an ad break. And it would have been more interesting if they’d made Helen McRory’s PM a floundering Teresa May rather than an omniscient Thatch.