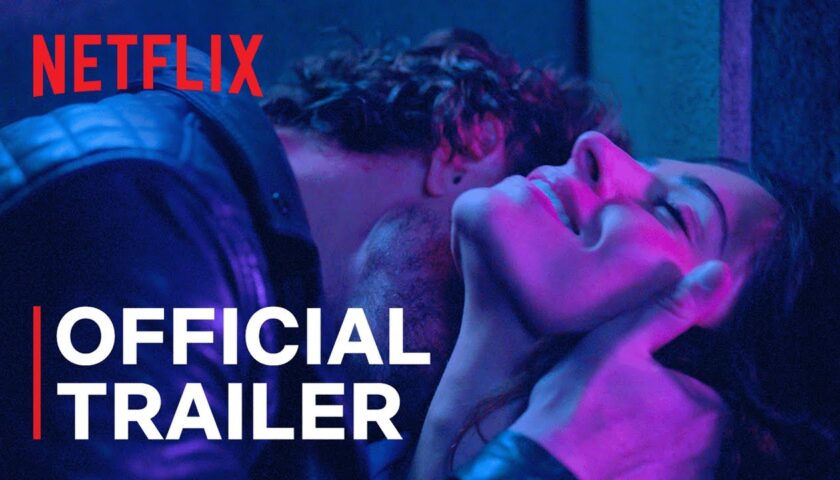 “It’s a nostalgia-fueled, sparkly fever dream, rose-colored-glasses view of the past – and the best sex you ever had,” series creator Stacy Rukeyser tells EW.

With all female directors and mostly female writers and department heads, Sex/Life explores desire from a woman’s perspective and throws in a “healthy dose of objectifying and fetishizing the male form,” along the way. For Rukeyser that was something that’s been missing from television and so she made the decision for the show to play out entirely from the female gaze in order to empower the narrative.

“I’ve often said that, in recent years, some of the best explorations of female desire and sexuality have actually been in lesbian movies,” she says. “When you look at heterosexual movies about female desire, you don’t see that as much. It’s often from the male point of view, about male desire and the kind of sex the man wants. This is completely to a female point of view. So the sex is the sex that I want to celebrate, it’s the sex that women want: There’s a lot of oral sex; there’s fantasy-fueled sex on a rooftop with the skyline behind; there’s focus on her experience as opposed to objectifying her body and putting her on display. It’s about her experience. The camera also hangs on the male body in a way that traditionally the camera hangs on the female body. So it was exciting to me to turn the tables.”

For Shahi, that perspective was a main part of the project’s appeal when she first read the script.

“I was so blown away by it,” she tells EW. “It was just super juicy. It’s like biting into the richest piece of chocolate I’ve ever had and the way Stacy wrote about sexuality and female sexuality was just so refreshing. I felt like it was just so important also to get that out.”

Determined to land the part of Billie and dissatisfied with one of her audition scenes, Shahi put herself on tape four times to prove she was right for the role.

Beyond the titillation of exploring sexuality from a female perspective, Shahi also related to Billie’s quest to be the perfect mother and wife but also not give up an important part of who she was before she had those responsibilities.

“There’s a lot that identified with her and I hope people feel similar in this way that, first of all, being a mom and love your children, but at the same time question, your identity, question who you’ve become and if the choices you’ve made in your life were the right ones,” she explains. “I think society sometimes tells mothers that they can only be that one thing. That’s not true. Just because we are moms, we don’t have to let those days where you just felt wild and free go. Is there a way to be both? For me, that was a big theme in my life. I really resonated with that part of it and I hope everyone finds something, because, at the end of the day, the show is about identity. It’s about who you’ve become and finding yourself again.”

For Billie, part of the problem is that she’s hidden her wilder, sexier side from her now husband, Cooper (Mike Vogel), so when these urges start resurfacing, he’s somewhat bewildered by them, try as he might to meet her needs.

“She’d become a version of herself that is marriage-worthy and that’s a problem,” says Rukeyser. “In hiding a big part of herself from Cooper and hiding her desire, or the full depths of her desire and her experience from him, she’s created a problem for herself. She did get the guy, but at what cost? The cost is denying a part of herself and it’s been lying dormant for a while and it needs to be honored and celebrated and tended to because it’s a real part of her.”

The last time Billie truly explored that part of herself was when she was dating sexy ex-boyfriend Brad (Demos). He still represents a sense of freedom for Billie and the part of her she’s left behind and so she starts writing about her experiences with him, reliving them in detail as she does so. Through flashbacks, we get to see that side of Billie and the lifestyle she once enjoyed, which meant a lot of time undressed for Shahi, who, along with the rest of the cast, worked with an intimacy coordinator and did rehearsals for all the intimate scenes to get everything just right and feel comfortable throughout.

Shahi also had to don prosthetic breasts for scenes in the present where she’s a breastfeeding mother.

“The attention to detail in this show was incredibly important because we’re telling stories that are so rich and the stories are so sexy in itself, but the sexiness of it comes from how emotionally complex everybody is, it’s not sex just for the gratuitousness of sex,” she says. “So something like Billie’s boobs, in the past every, time you see my character with Brad, that’s me. Then because I do play a breastfeeding mother, I can’t have the same boobs in the present. So yeah, I had to sit through three hours of prosthetic boob application to get those suckers on.”