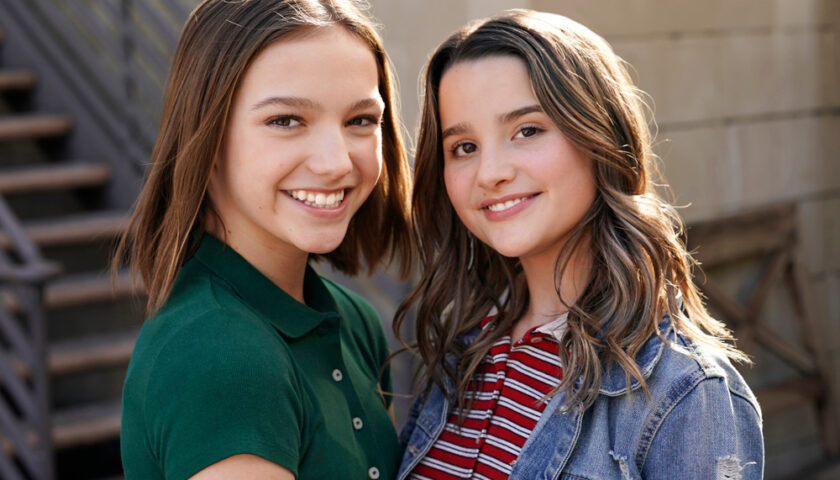 Created and executive produced by Dave Malkoff (Henry Danger, Sam & Cat, Victorious) and shot in front of a live studio audience, Side Hustle centers on best friends, Lex (LeBlanc) and Presley (Bartels), who have to create a business fast after inadvertently destroying their neighbor’s car. Production begins in Los Angeles in March and premiere is set for later this year on Nickelodeon.

In Side Hustle, Lex, Presley and their quirky friend Munchy (Isaiah Crews) find themselves in a sticky situation after an accidental mishap destroys the police vehicle belonging to Munchy’s dad. Forced to come up with creative ways to earn money to pay for the damages, the best friends enlist the help of Presley’s tech-savvy younger brother, Fisher (Mitchell Berg), to create an app called “Kid-DING” to connect with people looking for help with small jobs. With Munchy’s bossy older brother Jaget (Jacques Chevelle) making sure they keep up with the payments, the three friends must do any jobs that come their way–no matter how crazy they are.

“Annie and Jayden are two massively talented stars who kids adore, and we think our audience is going to love seeing them in their own show on Nick,” said Shauna Phelan, Senior Vice President, Live-Action Scripted Content. “Side Hustle is a new take on the classic buddy comedy, full of wild and hilarious adventures for our unique cast of characters.”

LeBlanc is an actress and singer who first came to social prominence in her family’s YouTube channel, “Bratayley.” She has since amassed over 27 million followers across her own social media platforms, and can be seen starring in Brat’s hit YouTube series Chicken Girls and A Girl Named Jo, and the YouTube Red Originals series We Are Savvy. As a singer LeBlanc’s had six songs in the Top Ten iTunes Pop charts, and two Top 50 Billboard Chart hits. She recently won Choice Music Web Star at the 2019 Teen Choice Awards, Muser of the Year at the 2018 Shorty Awards, and is currently nominated for “Favorite Female Social Star” at the 2020 Kids’ Choice Awards. In 2019, LeBlanc starred in Nickelodeon’s Annie vs. Hayley, a digital competition show with her younger sister Hayley, and co-hosted Camp Nick alongside Bartels.

Bartels is a singer, actress and dancer who has made a name for herself both on camera and on the stage. Having written and arranged every song she’s released, she debuted her first EP titled “What Really Matters?” last year and released her most recent single “Gameboy” earlier this month. She’s currently on tour opening for pop rock band Echosmith across the U.S., and she went out on a European tour with English singing duo Max & Harvey in 2019. She has a following of almost 12 million across her social media platforms, as well as over 1.6 billion likes on TikTok.

On screen, Bartels has played a recurring role Disney Channel’s Coop & Cami Ask the World and lead in the films To The Beat! and its’ upcoming sequel, To The Beat! Back 2 School. She can also be seen in episodes of Nickelodeon’s Nicky, Ricky, Dicky & Dawn, Showtime’s Kidding and CBS’s Criminal Minds: Beyond Borders.