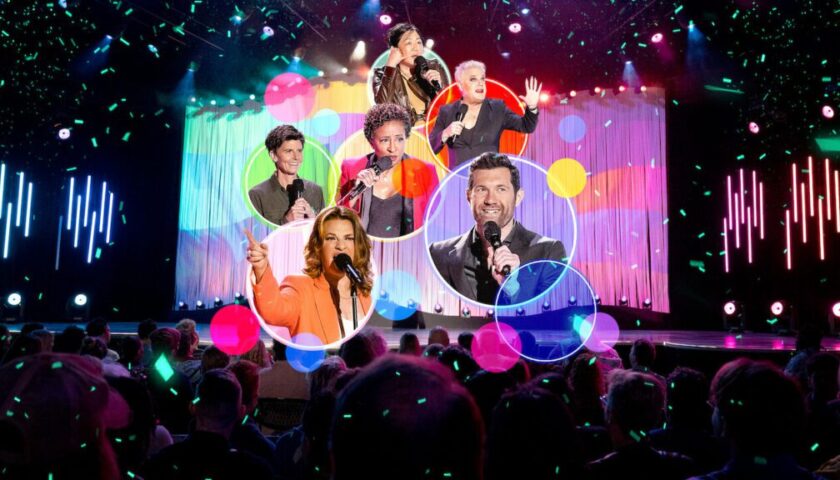 Now as pathetic as it is for Netflix to constantly cherry pick people based on personal things like sexual orientation and race – this one show actually makes sense, more power to the people featured. Just keep in mind Netflix is using you just like it recently used Bill Burr, they don’t care about you whatsoever. You’re a marketing tool. Don’t let them trick you. You’re more than that – individual people, and until you finally start telling those corporations to treat you as such, they’ll keep considering you just marketable minorities.

Anyway, from the perspective of a comedy special, this is actually really good for Netflix standards, since it does feature some genuinely funny comedians like Trixie Mattel and Lena Waithe.

The host was also surprisingly funny, but the best thing about him is that he fired a massive shot at Netflix’s own precious child Dave Chappelle.

You’re right to have low expectations based on how this thing is marketed though, because people aren’t stupid – they know it’s a sham. It means a lot to the people involved, but for Netflix, it’s just yet another one of billions of minutely-targeted shows. And considering the countless terrible things Netflix releases, seemingly with zero standards whatsoever, it’s actually pretty surprising that it took this long for this to be made.

So yeah, no hard feelings, no hate, I actually loved a lot of the people involved – they were cool and funny individuals, the preachiness was minimal and only in the beginning. Of course, since Netflix once again just cherry picked people based on something other than comedic talent, it does feature a few insufferable “comedians” too, how could it not. But give it a chance anyway. Let’s face it, if you’re still a Netflix subscriber you’ve got nothing to lose.