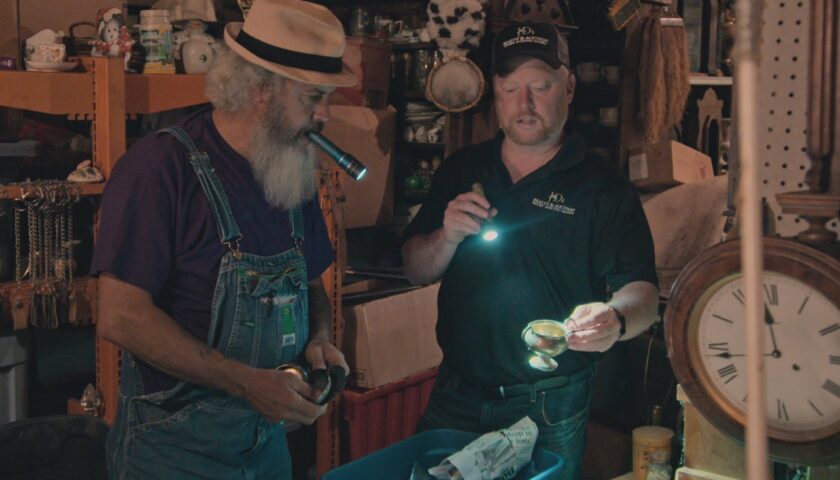 The recently released reality show on Netflix, Swap Shop with the tagline Dash for Cash, was originally a radio program that focused on the attractive deals by the sellers and potential buyers then contacting them. The show has an interesting take on the previously unknown practice. There are presently six episodes of the show that can be binge-watched right away, with every episode not being more than 40 minutes.

The show has also been given a TV-14 rating for age groups, making it an ideal family show to binge-watch this weekend! So if you are unsure as to what to expect from it, then read below to find out what our critics have to say about it, and is it really worth your time?

The show initially gives the feel of the scripted show rather than a real one due to its concept of finding something that is rather rare and not that spontaneous as it is portrayed on the show. Giving it a pretense of a radio show adds to those unnecessary elements that the show contains. But besides these drawbacks, the watch isn’t that waste of time either.

The contestants in pairs showed a good equation in making their items profitable, and their varied personalities added charm to the show. They hunt for some really interesting commodities that are exciting to watch, but little is described of them, leaving the audience with half the knowledge.

The show initially aired on radio in 1954 but owing to its popularity wasn’t enough for a show to be made into the series. Even if this entire radio thing would have been missing, the show would still be pretty much the same, although the radio show background does not make it any less than a noise!

The show is actually a streaming adaptation from the original show airing on the radio that focuses on people who are keen on selling or swapping the items they own. Then the interested buyers contact the sellers and

negotiate the deal accordingly. The online show has a similar line of format where nine pairs have been designated to pick up their choice of sellers from the listings that are announced on the radio show and then make a profitable deal with them so that they are able to sell it to their consumers on a profit margin

The show is definitely worthy enough to have a watch by the audience owing to its refreshing take on reality show plot and incredible pairs that share good chemistry and thoroughly entertain throughout the show by being comical and their own. The radio show could have been more of unnecessary background. Other than this, the show is a family watch and can be enjoyed thoroughly.

So keep your weekend vacant and hop on Netflix along with your family and pals to watch this six-episode long reality series.