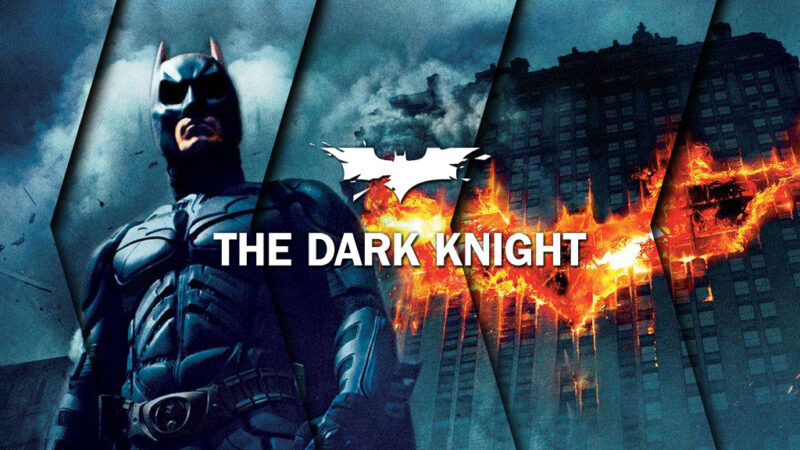 I used to leave a theatre after seeing a highly anticipated movie, specifically a sequel, and be so revved up about what I saw that I would declare that movie to be the best of a series. After each of the prequel “Star Wars” films, I rated that one the best, as good as any of the originals…for a time, until my opinion balanced out and I had a more well-rounded take. For that reason, I steer away from that mindset, and did for “Dark Knight”.

Though my opinion is solidifying already after having seen a Warner Bros. screening last night, “Dark Knight” ably stands on its own with or without “Batman Begins”. At a two and a half hour runtime, it’s definitely an epic of a movie, but one that never runs out of gas. A delightful addition to this experience was a healthy amount of IMAX footage, which significantly adds to the feel of being on a personal, and gruesome, tour of Gotham City.

Christian Bale plays such a well rounded Batman and Bruce Wayne, qualities that none of those who have donned the cowl before him have pulled off. I still have to remember that Bale is British since he speaks with such a spot on American accent. Bale has a particular slurring lisp that serves him quite well, charmingly for Bruce Wayne and threateningly for Batman.

Countering him is the late Heath Ledger, who plays such a scary and creepy Joker that I found it impossible to NOT have chills half the time I saw him on screen. What really separates this brand of Joker from Jack Nicholson’s portrayal is true unpredictability. It’s obvious that, to be a good guy and think like the Joker, it really takes a toll, and it sure isn’t easy. How exactly does one take him down when he’s woven his harebrained plot around multiple hostages, explosives, or disappearing parlor tricks?

Initially, I was uneasy about how the character of Harvey Dent would be handled. In my mind, there was really only one faithful portrayal of him, and that could be found in the “Batman” animated series of the early 90s. As well as Tommy Lee Jones COULD have handled him in “Batman Forever”, he certainly did not, though it still was a highlight of that movie. Aaron Eckhart ably assumes the mantle here, delivering a performance out of this world, easily on par with the Batman animated series.

Be it known, this caped avenger stands for the good of Gotham City that the police force and its counterparts can’t represent, the good that has no jurisdiction, no procedures…and no rules, save for one. I can only hope that we’ve seen just the prelude to the Dark Knight’s upcoming legendary battles with the worst of Gotham City’s dark underside.