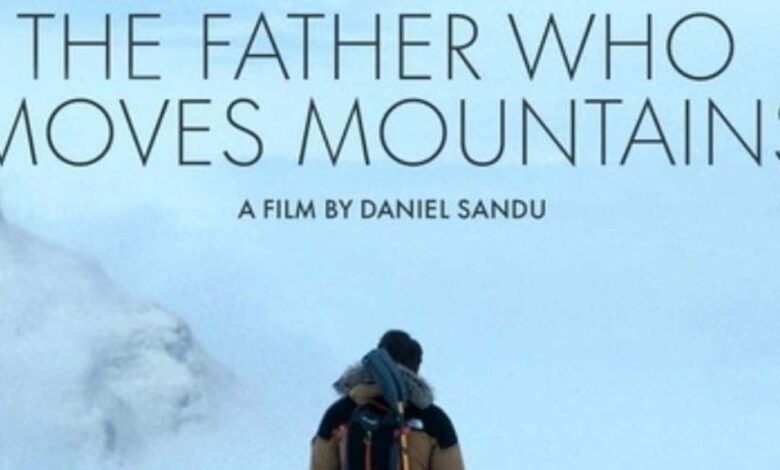 Much has been said about the so-called Romanian New Wave, including the fact that it has started to wear out its favourite themes and its meagre, minimalist means. And that Romanian cinema, if it is to survive both at home and abroad, needs a change of scope. Although it doesn’t really say anything new, merely translating more expensive Hollywood and European thrillers to the more welcoming climes of Romania, Daniel Sandu’s sophomore feature, The Father Who Moves Mountains, certainly offers a change of pace. The feature was recently shown in the Romanian Days strand of the 20th Transilvania International Film Festival (23 July-1 August, Cluj-Napoca)

It all starts when two teenagers get lost in the mountains. It’s mid-winter, and they were on a path that is supposed to be walked only during the warmer months. While the news takes a while to reach the boy’s father, Mircea Jianu (Adrian Titieni, probably the most prolific Romanian actor working today), a rescue mission is set up by local mountaineers, led by Cristian (Valeriu Andriuţă, probably best known as the priest in Cristian Mungiu’s Beyond the Hills [+]) and his experienced team. Nevertheless, the desperate Jianu arrives and soon starts to push everyone around, putting his impressive influence as a retired intelligence officer to good use. The mountains may not be easily moved, but this father will certainly stop at nothing in his frantic race against the clock.

Despite the fact that the screenplay becomes quite repetitive as Jianu smashes through every obstacle he encounters, be it the weather, the lack of resources or the reactions of close family members, The Father Who Moves Mountains succeeds in telling a compelling story that urges viewers to ask a question of themselves: wouldn’t they have proceeded exactly like Jianu if they had the same resources in the same situation? Some tighter editing would have helped in the second third of the film, but things start to go much better when the fight against nature becomes an inner fight, that of a man who must learn to accept the unacceptable and make do with what he still has.

Where The Father Who Moves Mountains works best is in presenting a certain character typology. Contrary to what his obviously dyed hair and his very pregnant, trophy wife (Judith State, best known for Sieranevada [+] but much more visible in Marius Olteanu’s Monsters. [+]) might convey about him, Jianu is most probably pushing 60 and is quite used to being the centre of attention. And yet, this powerful man still enjoying his power as a retired intelligence officer must understand that he is not a solver of problems any more, but a mere obstacle, and a cumbersome one at that. As the character is pushed towards something he has never done before, seeing himself through the eyes of others, he finally becomes relatable.

The Father Who Moves Mountains may be full of action, and its score may be soaring, but some of its most efficient scenes are the quiet ones, which become convincing invitations to feel compassion. Not towards Jianu, but towards whoever is right next to us, those people we don’t look twice at, going on frantically with our own, little lives. We never know their dramas or their sorrows, but we can ask, and we can certainly help.

The Father Who Moves Mountains was produced by Mobra Films (Romania) in co-production with Swedish outfits Filmgate Films and Film i Väst, and Romanian firm Mindset Productions. The film was released domestically by Voodoo Films.