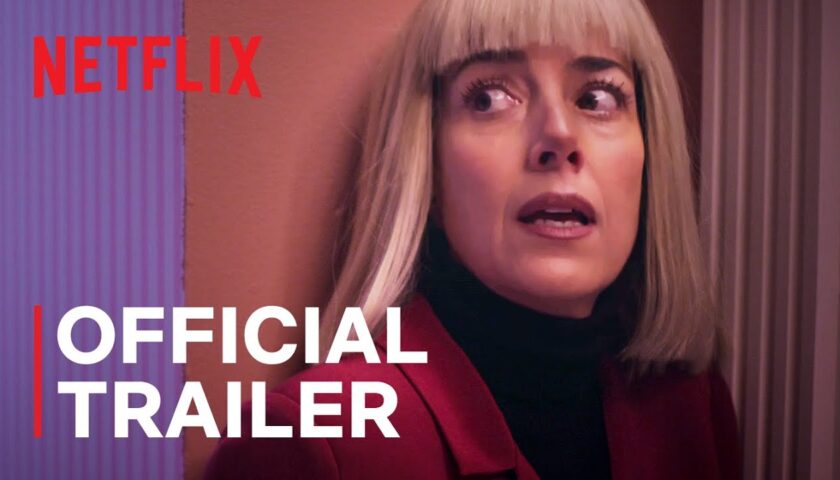 “Something strange is going on at our house…” Netflix has unveiled the official trailer for The House of Flowers: The Movie, also known as La Casa De Las Flores: La Pelicula in Spanish, from filmmaker Manolo Caro. This is a continuation of the Netflix series and the first “movie” based on the “The House of Flowers” show, created by Manolo Caro who also directs this film. The members of the De la Mora family return home, well… former Casa de las Flores, with one single purpose: to fulfill Delia’s last wish and seek revenge against Agustín. And although neither Paulina nor Virginia claim to have any memory of this, it will take a journey back in time to avenge Pato’s death. This stars Cecilia Suárez, Aislinn Derbez, Dario Yazbek, Juan Pablo Medina, and Paco León. This is pretty much a contemporary Mexican soap opera movie, with all the usual family feuds and drama and revenge and chaos and everything crazy. So watch out.

Waiting to be intervened on a delicate surgery, Delia reveals a secret to Paulina: stashed in her parents’ room there is a hiding place that protects, among other things, a family treasure and the evidence against Agustín Corcuera, recently absolved for the murder of Pato. But by tricking them, Paulina convinces her brothers to outwit the security measures of their ex-home and recover the treasure. Their plan unfolds at the same time that, in the 80’s, Virginia and Ernesto carry out theirs to obtain Agustín’s confession. The love for her nanny, and the possibility of avenging their family, will make the de la Mora break all rules to achieve this seemingly impossible mission. The House of Flowers: The Movie, also known as La Casa De Las Flores: La Pelicula in Spanish, is directed by Mexican filmmaker Manolo Caro, creator of the “The House of Flowers” series, and director of the films I Don’t Know Whether to Slit My Wrists or Leave Them Long, Love of My Loves, Elvira I Will Give You My Life But I’m Using It, Tales of an Immoral Couple, and Perfect Strangers previously. The screenplay is co-written by Gabriel Nuncio and Manolo Caro. Netflix will debut Caro’s The House of Flowers: The Movie streaming on Netflix starting June 23rd, 2021 this month.