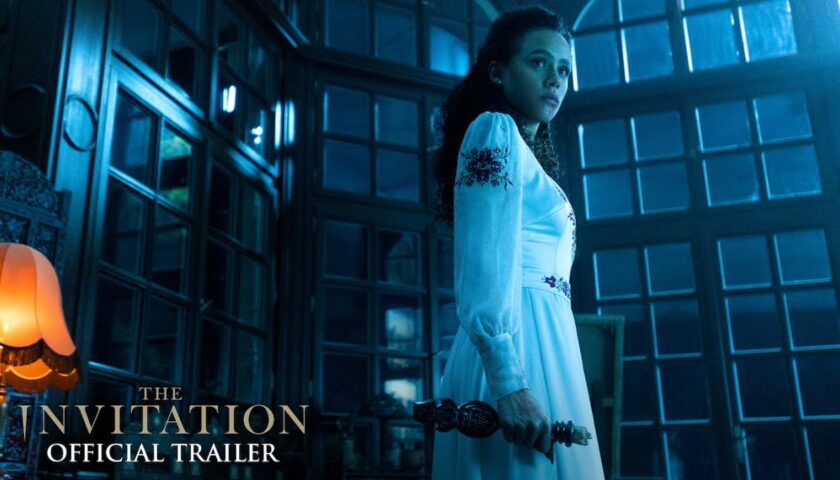 2022 has been a great year for horror content, and there is still plenty more to come. Later this month, fans of the genre or gothic film can take a trip to a wedding with The Invitation. However, this isn’t like any other wedding you’ve been to before. Unless, of course, you’ve been to a wedding where you find out after you arrive that you’re the one getting married against your will.

Originally announced under the title The Bride, Deadline confirmed Nathalie Emmanuel as the lead female role of Evie in May 2021. The film was written by Blair Butler (Talking Dead), with revisions by director Jessica M. Thompson (The End). Thompson and Michael P. Flannigan serve as executive producers, with Emile Gladstone as a producer. Sam Raimi was initially producing the film alongside Robert Tapert, but due to scheduling conflicts, the two left the project.

The Invitation: The Plot

After the death of her mother, Evie takes a DNA test to try and find any lost family she may have out there, as it was only her and her mom. When a cousin pops up and wants to meet her, she jumps at the chance. Things move pretty quickly from there, as her new cousin Oliver (Hugh Skinner) invites her to a wedding in England, telling her “everyone is dying to meet you.” Just who is everyone?

As she arrives at the wedding and is quickly introduced to close family friend Walter (Thomas Doherty), she sees some weird things happen. When she’s wandering the huge mansion they’re all staying in one night, all the house’s staff seem to be lined up, with some entering a room. She’s prompted to head back to bed but seems hesitant. Later, as she’s receiving a manicure, she cuts her cuticle, and a woman puts Evie’s finger in her mouth to wash away the blood, and Evie pulls back in shock. Just what is happening to the staff that evening, and does someone that has known her only a few days think it’s okay to suck blood off her finger?

Eventually, it becomes clear that Evie and Walter are the couple getting married, which she was not informed of when she agreed to make the trip. It also becomes clear during the dinner, when toasting to them as a couple, that these people have a taste for human blood. Evie is not on board with any of this, running away and trying to prevent herself from being married off. A whole host of questions come to mind. Is she actually related to Oliver? Why did they pick her to become Walter’s wife? Is she meant to become a vampire like them?

The synopsis reads, “she uncovers twisted secrets in her family’s history and the unsettling intentions behind their sinful generosity,” which hints that this is something that has been happening for generations. Evie says in the trailer that she and her mother always wanted to visit England to see their family. Did her mom know what the visit would entail?

The film is inspired by Dracula, the classic vampire novel, which gives some insight into what Evie may be facing. Quick shots in the trailer show Walter with fangs, leading audiences to make the conclusion that not only does her newfound family have a taste for blood, but they also survive on it.

The Invitation: The Cast

Nathalie Emmanuel stars as Evie, the young woman who finds out about her long-lost family. The actress is known for her roles as Missandei in Game of Thrones, Ramsey in the Fast and the Furious franchise, and Harriet in The Maze Runner franchise. Her forced groom is played by Thomas Doherty, known for his work in HBO’s Gossip Girl revival and Hulu’s High Fidelity. Hugh Skinner (Fleabag) is Evie’s new cousin Oliver.

The Invitation will be in theaters starting on August 26, 2022. Thankfully you don’t have to go to a manor across the pond to see it.