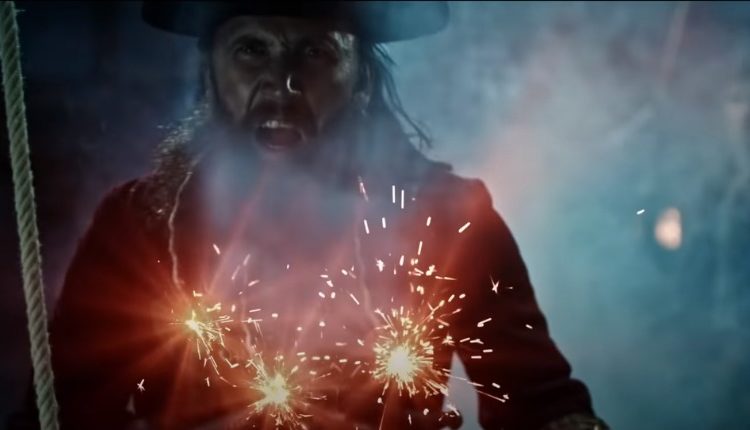 The Lost Pirate Kingdom feels like one of those 90’s documentaries you’d watch on Discovery or the History channel. With theatrical narration, slivers of educational content and constant recaps on events, any initial intrigue is regularly interrupted by the niggling feeling that this documentary could easily have told its story with less episodes.

Much like Age of Samurai last month, The Lost Pirate Kingdom is a docu-series intending to shed light on a wildly popular but often overlooked period of history. Instead of katanas and conquering Japan, the attention this time falls to the swashbuckling pirates of the Caribbean.

Set at the end of the War of the Spanish Succession, the 6 episodes chart the rise of the Republic of Pirates in Nassau. Set deep in the heart of the 18th Century, the documentary begins with a look at the changing world as privateers (seamen paid by the state to raid enemy ships) soon became lawless pirates in the wake of mass unemployment.

For the most part, this documentary does quite well, with brief snippets of history and a decent timeline that shows the constantly evolving face of Nassau and its enemies. However, the show does have a tendency to constantly repeat scenes and snippets of dialogue from a variety of different angles.

The re-enactments themselves are a bit of a mixed bag too, with some scenes very obviously filmed in front of green screens that really don’t look that convincing. Again, this feeds back into that earlier idea that this has been ripped right from the 90’s.

Given the subject material on offer, it’s perhaps a little disappointing to only see the Lost Pirate Kingdom tackle the pirates of the Caribbean. While the origins of pirates like Blackbeard, Anne Boney and the like are interesting, it would have been nice to see this show branch out and navigate to other bodies of water.

There’s no Henry Morgan, Captain Kidd or – given the emphasis on pirates of the Caribbean – the Barbarossa Brothers to name a few. Instead, this is a very focused documentary series, looking specifically at a few key dates in history but doing so by repeating large chunks of information throughout the series. That’s not necessarily a bad thing – after all repetition is the easiest way to remember facts – but these 6 episodes could easily have been reduced down to 4 and still have the same effect.

If you know absolutely nothing about pirates, The Lost Pirate Kingdom is a good starting place to plunder. However, this is hardly a documentary that’ll strike gold, and in fact you’ll likely get more out of watching something like Black Sails instead.

This isn’t a bad series per-se, but it’s not a particularly great one either, sailing that middling sea of mediocrity but doing just enough to prevent itself from capsizing completely.