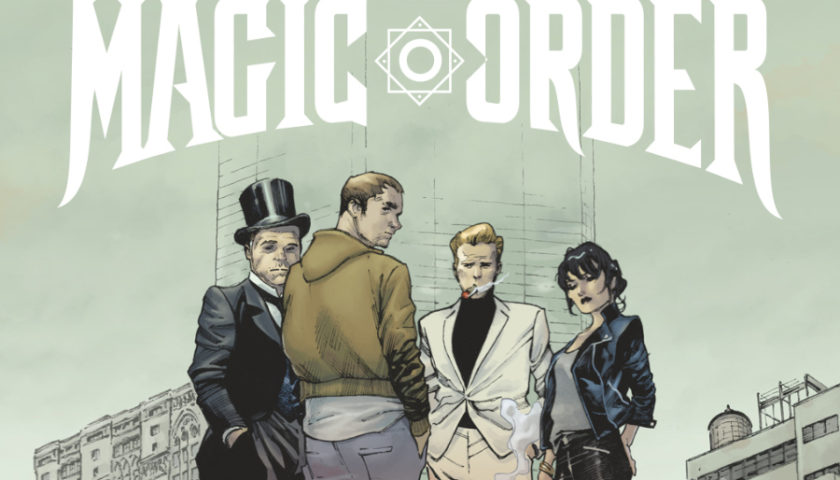 Netflix is expanding the Mark Millar film-TV universe with a series order to The Magic Order, with James Wan (Aquaman) and Lindsey Beer (Chaos Walking, Sierra Burgess is a Loser) attached as executive producers. Wan also will direct the debut episode and Beer will serve as writer/showrunner on the series based on Millar’s comic published by Netflix.

The Magic Order joins the two series based on the comic book writer’s stories, Jupiter’s Legacy and American Jesus, and three films, Empress, Huck and Sharkey The Bounty Hunter, which were greenlighted last year.

In The Magic Order, five families of magicians sworn to protect our world must battle an enemy who’s picking them off one by one. By day they live among us as our neighbors, friends and co-workers, but by night they are the sorcerers, magicians and wizards that protect us from the forces of darkness — unless the darkness gets them first.

Netflix in 2017 acquired Millarworld, the comic book publisher founded by Millar which has spawned stories such as Wanted, Kick-Ass, Kingsman and Old Man Logan. Since then, Netflix has been developing projects with Mark and his wife, Lucy Millar, including The Magic Order, which became Netflix’s first comic.

The Magic Order was created by Millar and illustrated by the renown Marvel artist Olivier Coipel, based on designs created by the team at Netflix. The first issue of this series was the highest-selling new comic-book launch in almost 20 years and the graphic novel, collecting the first six issues, has just reached stores.

Upcoming for Atomic Monster is the next installment in The Conjuring universe, Annabelle Comes Home and Swamp Thing.