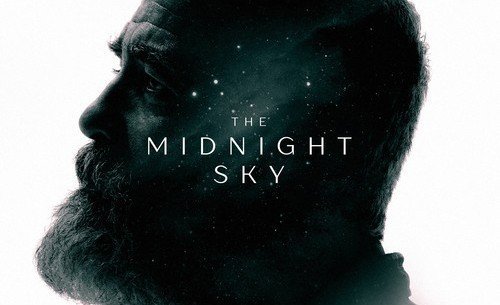 George Clooney takes his biggest directorial swing yet with “The Midnight Sky,” and comes away with a decidedly mixed result. A beyond-bleak post-apocalyptic thriller, the sci-fi film reaches a reasonably satisfying finish, but follows an uneven orbit in getting there.

The actor-director’s filmography has exhibited an interest in end-of-the-world scenarios — including producing and starring in a remake of “Fail Safe” for CBS — and he’s back in that territory here. Set in 2049, the movie begins three weeks after an unspecified “event” that will spell mankind’s doom, with Clooney’s Augustine — situated at an outpost in the Arctic — still alive, but for how long no one knows.

Still, Augustine has one task left to perform: Warning a spaceship with a diverse crew of astronauts from returning to a dying planet, but rather hoping to divert them, after a deep-space mission that might have provided hope of a habitable planet upon which they could take refuge.
Adapted from Lily Brooks-Dalton’s book “Good Morning, Midnight” by writer Mark L. Smith (“The Revenant”), the film oscillates between the astronauts and Augustine, while fleshing out details about his character through a series of flashbacks.

The premise is bleak and the sledding (literally, when Augustine realizes he needs to reach another location to contact them) arduous. There are also formidable challenges facing the explorers, with a crew that includes Felicity Jones, David Oyelowo, Kyle Chandler, Demián Bichir and Tiffany Boone.

Barring one pretty dramatic space-faring action sequence, “The Midnight Sky” moves along somewhat listlessly, especially during the earth-bound sequences involving Clooney and the young girl (Caoilinn Springall) who becomes his companion. (Tom Hanks also plays opposite a child in “News of the World,” so there must be something in the water.)

Perhaps inevitably, the film bears a resemblance to other recent space-set fare, including a film in which Clooney co-starred, “Gravity,” and Christopher Nolan’s cerebral “Interstellar.” The main difference is a prevailing sense of hopelessness that works as a drag against the drama.
Clooney established early on with “Good Night, and Good Luck” that he was a serious filmmaker, as opposed to a dabbling movie star, and he has taken chances with projects of questionable commercial viability, a la the off-kilter “Suburbicon” and “The Monuments Men.”

“The Midnight Sky” is spared from any pressure to light up the box-office sky on Netflix, and that’s just as well. Because while Clooney has delivered a sobering and thoughtful film, dramatically speaking the story — a bit like Clooney’s taciturn scientist — feels confined in a prison of its own making.