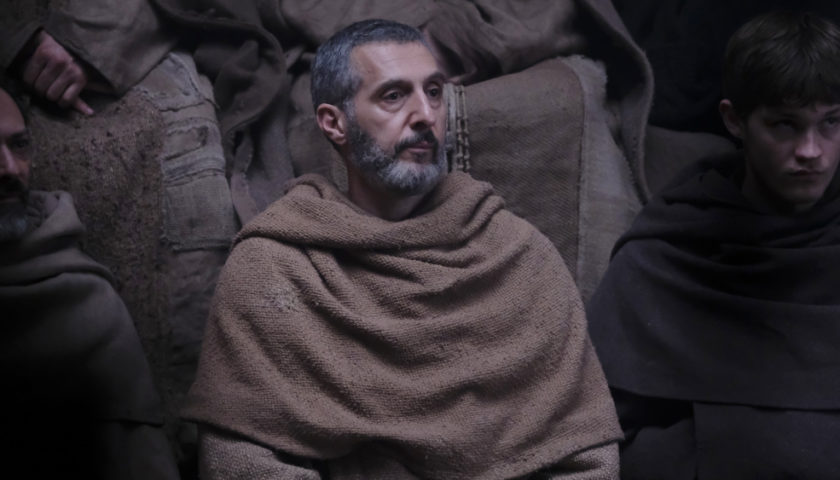 Review: John Turturro hadn’t read Umberto Eco’s thriller “The Name of the Rose” or seen the 1986 movie when he was approached in spring of last year about a new TV adaptation. After reading the novel, one of the best-selling of all time, Turturro agreed to sign on – if the producers agreed to honor the original, he says.

“I read the book and I loved it. I started writing to [director] Giacomo [Battiato] to say, ‘Why isn’t there more Eco, this is eight hours, you don’t have to reduce it,” Turturro says. “I said, ‘If you put more of Eco in, then I’m interested.’”

Turturro takes the role played by Sean Connery in the film, that of William Baskerville, the Franciscan monk investigating a series of mysterious murders in a 14th-century Italian monastery. Rupert Everett plays merciless inquisitor Bernard Gui, and Michael Emerson is the abbot among an international cast.

Rising star Damian Hardung plays Baskerville’s novice, Adso. Turturro says he both gave his younger co-star advice and looked to him for assistance. “I was a little bit intimidated at first, as I am not really a man of science,” he says. “Damian Hardung comes from a family of doctors, and he’s a brilliant young man and he really has a very scientific mind. I was able to help him on a lot of maybe acting problems, and he was able to help delineate where we were missing something, what wasn’t specific enough. So we found were able to help each other.”

The $26 million series will bow next year on pubcaster Rai in Italy and on cable network SundanceTV and its streaming service, Sundance Now, in the U.S.

Just as the novel has traveled the world since its publication in 1980, so the series will be an international property. It has been picked up by the BBC in the U.K., OCS in France, Sky in Germany, SBS in Australia and NRK in Norway, among others. Germany’s Tele München is handling sales.

Turturro, who has extensive film credits and a TV hit with HBO’s “The Night Of,” found a modern resonance in the period piece. “I thought it was a very relevant book, maybe more at this particular time than even when it came out,” he says. “You look at all the stuff that’s exploding all over, whether it’s the strongmen who are in vogue,…all of the scandals in the church…[and] men’s oppression of women – it’s all in the book.”

He adds: “I could always tell when it was Eco’s words and when it wasn’t, so we reverted to Eco’s words whenever we could.” The author died in 2016, but his son visited the shoot, which took place in Rome’s historic Cinecitta Studios, and in locations including Abruzzo, Perugia, and Umbria.