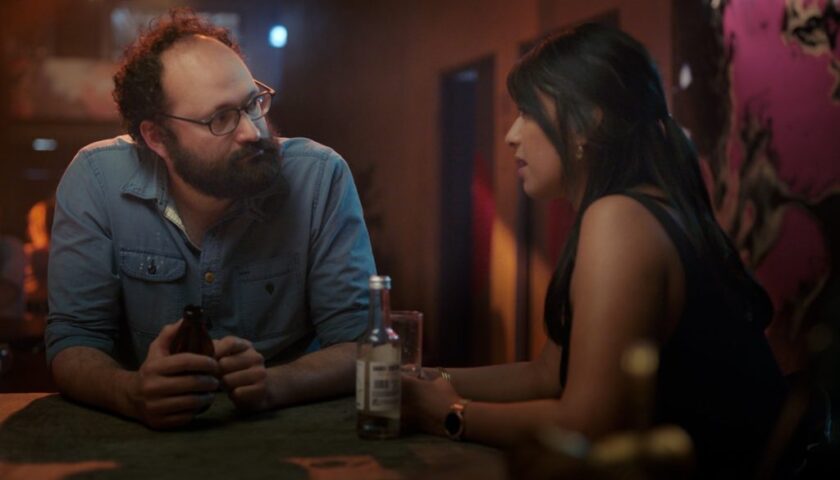 This Is Not a Comedy 2022 Movie Review Poster Trailer Online

Existential crisis is one of the critical concepts of philosophy, which we can find relatable in our daily life. What is the meaning of life? What is the point? Why do we do everything we are told to do? If I’m going to be forgotten one day, what good is my job? I hope these questions will recur in the minds of everyone who lives in this society. The same goes for our protagonist Gabriel Nuncio in the Mexican Netflix film, This Is Not a Comedy.

Nuncio is an actor who has never had anything happen in his life. His jokes aren’t funny yet, he’s dealing with financial issues (for which he borrows money from friends and co-workers throughout the film), and most importantly, he has no one to talk to in this situation. . At this crucial time in her life, Nonce attempts to write a film script about a woman who travels to Mars and faces a similar existential crisis. But anyone reading this can’t figure out what it’s about and deny that it can be made into a movie. Instead, they ask her to incorporate comedy into it so it can be considered for them as well as made into a movie. Meanwhile, there are subplots involved in which he meets a weird girl, Lyre, who claims she can communicate with aliens. She invites him to come on an intergalactic space trip with her, but with the desire for paternity, after his best friend asks him to be a sperm donor, he refuses the opportunity, and this crisis becomes more complex.

The screenplay by Gabriel Nuncio (the name of the actor is the same as that of the character) and Alo Valenzuela contains the elements of daily crisis and explores the human nature of self-victimization. Peer pressures from others to conform to societal viable ideals and distrust in accepting newness are beautifully portrayed throughout the film. And, with the subtle acting of Gabriel Nuncio himself, he slips into the skin of the character with maximum relatability.

In accordance with the suggestion to write a comedy of friends and colleagues, he tries to move forward with his always laughing face all the time. But, each time, all his desires and hopes are dashed. He doesn’t want this comedy (all the time smiles and moving on). Instead, there is a cry for help in his actions. Subtly, he wants to free himself from all this conformism. But, the attachments confuse him as to his true meaning of existence. He does not know what he must escape. As a result, everything moves away from him.

This mental state of urgency and bewilderment is beautifully captured by cinematographer Maria Secco’s handheld camera movements. His camera follows Nonce everywhere and captures all his actions in all mundane situations. But with these, she creates the ground for a closer understanding of this complex character.

Always with a smile on his face, Nonce tries to face all the hazards. It represents our daily situation because we want to become positive all the time. But the more you try, the more painful it becomes. Maybe that’s why the movie is called this is not a Comedybecause no matter how happy someone seems, deep down there is sadness in real life.

In the final act, the film ends with a certain absurdity, which can confuse viewers. But, if you want a reflection on yourself, this film is to contemplate and perhaps find some.

This Is Not a Comedy 2022 Movie Review Poster Trailer Online