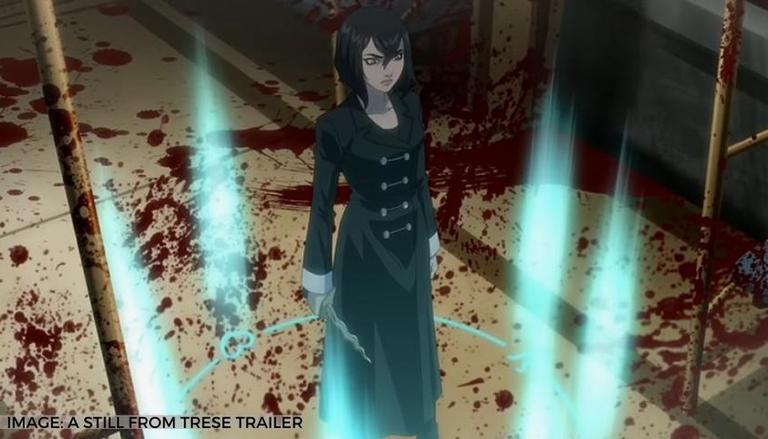 Alexandra Trese was a young woman who was called on to investigate crimes attributed to supernatural causes. Armed with her trusty kris dagger Sinag, she was called in by the police to track mysterious events which involved such creatures of Filipino mythology like man-eating aswangs, half-horse tikbalang, and baby-like tiyanak. Other beings also seen include the white lady of Balete Drive, the Nuno, the duwende, lightning beings, wind sprites, zombies, werewolves and the main antagonist Datu Talagbusao, the god of war.

Alexandra was the daughter of Anton Trese, the lakan who forged an alliance between the human and supernatural world, and his wife Miranda, a babaylan or folk shaman. Her current team include twin brothers named Crispin and Basilio (after Sisa’s sons in Jose Rizal’s “Noli Me Tangere”), her two dapper demigod sidekicks; and Hank (who looks exactly like Filipino boxing legend Manny Pacquiao), bartender of the Trese family nightclub called the Diabolical. She also had a personal fire spirit Santelmo, who lived in her Nokia 3210 cellphone.

The opening scene of Episode 1 already showcased the spectacular artwork with a glittering nighttime scene of the city with its skyscrapers lit up by bright incandescent light bulbs and neon billboards. The next scene of an MRT train stalling on its tracks and the passengers alighting to walk to the nearest station was only the first of many places in Metro Manila that Filipinos will recognize and smile about through out the series, like Camp Crame, Quiapo, the New Bilibid Prison, the ABS-CBN building and the Meralco building.

There was also several scenes with social commentary. In Episode 1, there was a statement against corrupt megalomaniac politicians like Mayor Sancho Santamaria. In Episode 4, there was a statement against abusive policemen who use “fighting back” (“nanlaban” of EJK notoriety) as an excuse for their brutish behavior, like Officer Reyes. Other episodes highlight other activities going on around the city, like rich kids drag racing along Ortigas, fans fawning over movie stars or gamers grumbling slow internet speed.

Aside from effectively using Filipino folklore as the foundation of a solid story, “Trese” will surely delight Filipinos over its references to Choc-Nut or the Novanians. The Filipino dialogue was more authentic with the slang and profanity, but the English voice cast did try to give a Filipino flavor to their accents. At only six episodes and more or less 30 minutes per episode, this is a very quick and easy binge. Hopefully, international viewers will appreciate Filipino culture and talent more after this significant exposure on the Netflix platform. 9/10.