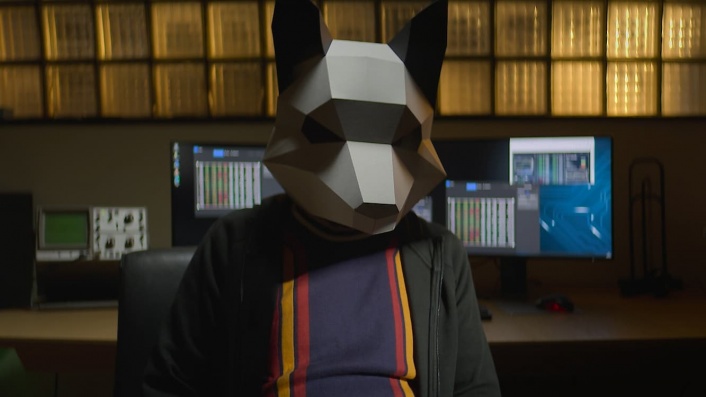 Trust No One: The Hunt for the Crypto King 2022 Movie Review Poster Trailer Online

TRUST NO ONE: THE HUNT FOR THE CRYPTO KING is a new Netflix true-crime documentary. Actually, the main title is simply “Trust No One” which is the one thing you need to constantly be remembering while watching the 90-minute documentary. You cannot believe anything that is revealed since it will change continuously.

In any case, it seems the whole “The Hunt for the Crypto King” is essentially to make sure viewers know what they’re in for. And also, let’s be real, to piggyback on the success of the whole Tiger King success. That’s fair enough, I suppose, since this new Netflix documentary is actually very well made.

Continue reading our Trust No One: The Hunt for the Crypto King documentary review below. You can find the documentary on Netflix now.

As we go through the investigation into the very sudden death of cryptocurrency (or just “bitcoin”) CEO, Gerry Cotten, and the many things that followed, so many things are revealed. Just when you think you know where this is going, something new is revealed.

Did Gerry (or Gerald) really die suddenly in India from complications of Crohn’s disease? Was he even the real CEO and founder of Quadriga. And how is it possible that no one else has any of the important passwords to anything relevant in this multi-million dollar business?

With a runtime of just 90 minutes, it’s a crazy ride that also offers a peek into how obsessive people get in various online forums. And, how grotesquely misogynistic they are! Of course, that’s no surprise to anyone who has ever looked at even the most seemingly innocent Facebook commentary thread. It’s a jungle out there.

As we’ve seen in several other documentaries, we get to follow the investigation done by many armchair sleuths (or online sleuths) along with a few professionals. The professionals in this case are actually very relevant. A few investigative reporters, a cryptocurrency entrepreneur, and a forensic accountant. They all stumble across huge pieces of the puzzle along the way!

What’s interesting is that these “online investigators” (who all lost substantial amounts when Quadriga suddenly didn’t exist anymore) seem to be searching for truth that will make them happy. Not the truth, but a truth that will somehow satisfy their own personal needs. The money is clearly gone (as discovered by the professionals), but they need more.

Despite the fact that they will clearly not accept facts that aren’t satisfying. In that way, it feels like watching a documentary about QAnon. It’s just become a lifestyle for these men more than anything real or relevant. Also, it’s a great excuse to trash, hate, and threaten any woman that might possibly have anything (or nothing) to do with “their case”.

Interestingly, they never needed to hunt down any of the men who were most definitely involved with the case and their money being lost. Look, I get that they are angry, but hopefully, they’ll watch this documentary and maybe get a different perspective on things. Or, this Netflix documentary is wildly misleading and paints them in a very bad light. Both are definite possibilities.

Luke Sewell is the director of this Netflix documentary, which does work really well in the sense that it follows the facts and evidence. But also, the people who will jump at any scrap of evidence. If it suits the story they believe in, that is. That’s okay since there is always a clear focus on what is rumor and what is fact.

I do feel that there are a few of the people, who were involved with Quadriga in some very shady ways, that could have been covered even more. Especially as more things are revealed along the way. Still, I get that there are also limits to what you can say in a documentary without any hardcore evidence. Personally, I hope for a follow-up movie, if more (proven) facts are uncovered!

As we get towards the ending of Trust No One: The Hunt for the Crypto King, a lot of interesting facts have been revealed. Or have they?

Remember that you can trust no one. And, to be real, most of the “facts” we’re presented with are shared by people in online forums. Anyone could make a profile and “reveal” all kinds of “facts”. Especially when talking to people who are (understandably) desperate for a truth that will satisfy them.

It’s a fascinating documentary that also serves as a cautionary tale: Don’t put all your savings in one place. Also, if something sounds too easy (and too good to be true), then look into it thoroughly. And thread with caution if you do decide to jump on board!

There’s only one rule in the world of crypto and bitcoin, trust no one. $250 million of bitcoin randomly disappears from QuadrigaCX, once Canada’s largest crypto exchange, and the only person who can get it back mysteriously dies. Greed is a matter of life and death in this true crime documentary about the rise and fall of QuadrigaCX, the mysterious death of its founder Gerry Cotton, and the victims left behind to pick up the pieces.

Trust No One: The Hunt for the Crypto King 2022 Movie Review Poster Trailer Online