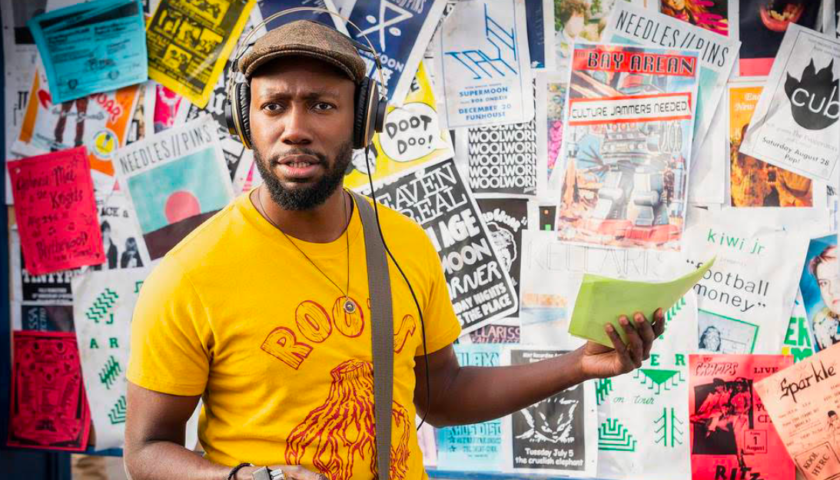 On Hulu’s “Woke,” cartoonist Keef Knight (Lamorne Morris, recently of “New Girl”) sees his world shaken into surreality by an experience that’s sadly common. After a run-in with violent, racist police officers who stop short of taking his life but manhandle and humiliate him in the process, Keef begins to hear the accoutrements of his life — pens, photos of himself, liquor bottles — speaking to him in frank and often harsh tones. It’s an awakening to the secret language of the world that, in moments, operates powerfully on the level of metaphor. Keef finally gets it — he’s alert in a way he hadn’t been before.

Unfortunately, more often the metaphor falls flat. The rules of Keef’s new world — when things speak to him and why — are so elastic as to generate more confusion than interest, and, what’s more, they don’t tend to have much of interest to say. What’s more interesting is the impact on Keef’s life, as he has a break of sorts that’s both a credible response to fearing one is losing one’s mind and, really, to beginning to understand the injustice through which one is forced to swim. As the show went on, I craved more of Keef’s real life, including frank discussions with a friend played by the comedian T. Murph, and less of the somewhat silly conversations he was staging with household items around him.

In that real life, Keef is the cartoonist behind a light, silly set of vignettes involving two characters named Toast and Butter. He swims across the surface of life, aided by money and by his ability to be creative, but not so creative as to jar or upset people. The full force of his dazzling ability to see the world for what it is having been unleashed breaks things open; he’s suddenly deprived of some opportunities, but vastly richer in insight.

All of which, again, works very effectively as a manner of crystallizing an experience over the past five years — coming into consciousness of inequities that are truly lethal. (Keef’s goofball white friend, Blake Anderson, having a totally innocuous interaction with those same police despite yelling at and threatening them, is broadly drawn but crushing all the same.) So why the overlay of animated gags? The show is at odds with itself, drawing a mordantly funny vision of a person sent into disarray by his newly surfaced awareness of American racism and seeding it with broad and somewhat lazy sight gags. A version of “Woke” with fewer distractions — limiting or perhaps fine-tuning the comic device, and keeping its eye more closely on Morris’s performance — would be one that got its point across, and that entertained, far more effectively.