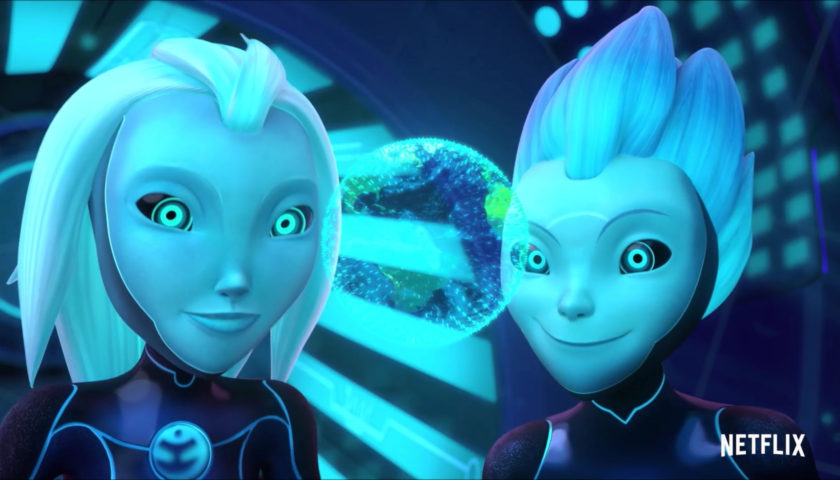 Featuring an all-star voice cast including Diego Luna (Narcos: Mexico), Tatiana Maslany (Orphan Black), Nick Offerman (Parks and Recreation), Glenn Close(The Wife) and more, 3Below: Tales of Arcadia follows two royal teenage aliens, Aja (Maslany) and Krel (Luna), and their bodyguard Vex (Offerman), as they flee a surprise takeover of their home planet and crash-land on Earth – in Arcadia, the same town where the events of Trollhunters take place. Now on the run from intergalactic bounty hunters, they must blend in and adapt to the bizarre world of high school all while attempting to repair their shipt to return to and defend their home planet.

DreamWorks Animation and Netflix are releasing a brand-new adventure set in the imaginative world of Guillermo del Toro’s Tales of Arcadia, titled 3Below.

Per DreamWorks, “3Below is the second chapter in del Toro’s larger Tales of Arcadia trilogy. Where the previous series focused on a secret underground civilization of Trolls, this new chapter takes to the skies where we find two royal teenage aliens and their bodyguard on the run from intergalactic bounty hunters when their home planet is overtaken by an evil dictator.  When they crash land in Arcadia, the same town where the events of Trollhunters take place, they struggle to blend in and adapt to the bizarre world of high school all while attempting to repair their ship and return home.  It expands the world previously established in Trollhunters but manages to strike its own distinct tone, with a bigger emphasis on comedy as these three, wacky fish out of water try to adjust to life on Earth.”