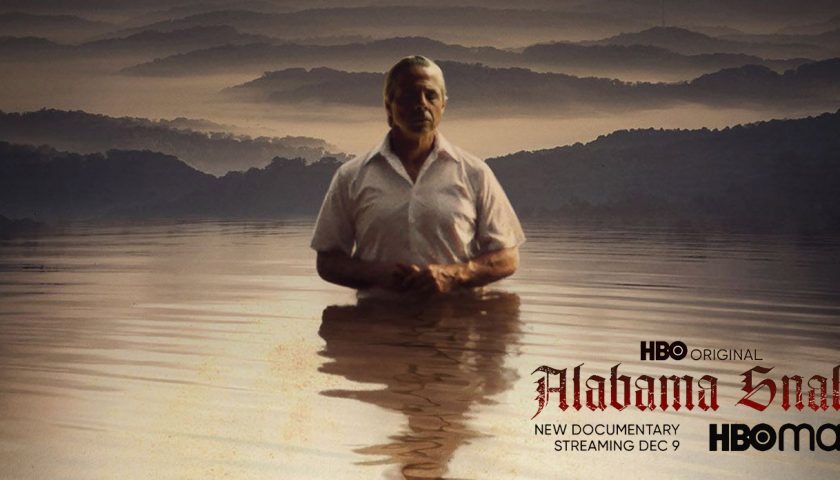 Documentary Alabama Snake highlights the story of Pentecostal minister Glenn Summerford — a man accused of attempting to murder his wife with a rattlesnake in the sleepy town of Scottsboro, Alabama — and the investigation and trial that haunted Southern Appalachia for decades. ‌

The film features local historian and folklorist Dr. Thomas Burton, who spent his life studying the culture, beliefs, and folklore of the Pentecostal snake handlers, as he paints a Southern Gothic portrait of Summerford and his tale of demon possession.

Alabama Snake is produced and directed by Theo Love, produced by Bryan Storkel, and written by Love and Storkel.

BIRMINGHAM, Ala. — A movie premiering on HBO Max will tell the story of an Alabama preacher who went to prison after being convicted of trying to kill his wife with a snake nearly three decades ago.

“Alabama Snake,” which will begin showing Wednesday on the service, is about Glenn Summerford, 76, who is imprisoned at Bullock County Correctional Facility after being convicted of trying to murder Darlene Summerford, who recovered and testified against him at trial.

Summerford once pastored the snake-handling Church of Jesus With Signs Following in Scottsboro. His wife was bitten twice on the hand by a snake in 1991 and later told jurors that her husband forced her to stick her hand inside a cage of snakes.

″He took a pipe and hit the cages real hard so the snakes got real mad and then grabbed me by the hair and said he would push my face in if I didn’t stick my hand in there,″ she testified. ″He said I had to die because he wanted to marry another woman.”

Summerford had accused her of having an affair with another preacher, a claim the woman denied.

Sentenced to 129 years in prison, Summerford was denied parole in June but could be released as early as February, Department of Corrections records show. He was convicted of escape in 2004 after briefly slipping away from a work crew.

“Alabama Snake” had its world premiere at Birmingham’s Sidewalk Film Festival on Thursday.