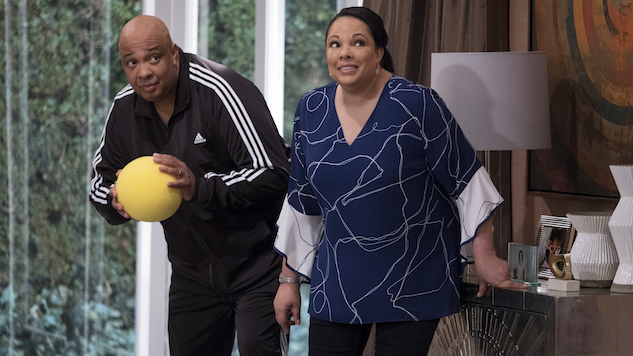 Review: Stumbled upon this show browsing the myriad of shows available on Netflix last night and am about halfway through the series. Sure it’s not laugh out loud funny, it’s not terribly clever but the characters are likeable and it is a pleasant watch with the odd giggle moment popping up here and there. Though it is more of an atmospheric show (something inoffensive playing in the background rather than centre focus) I will stick with the series all the way through… I mean after all, there is a LOT of rubbish and Overwhelming multimedia being broadcast into our homes on a consistent basis and it’s nice to just relax and watch something that’s not overstimulating.

Is it a breakout comedy hit? No. But it does have its moments and is definitely something that a family can sit down and watch together which is it’s main target audience. There are by far worse shows on and it’s good to have something that is considered for kids but doesn’t walk the line with profanity and sexual suggested material. Acting starts off shaky but gets better as the season moves on. Watch and judge for yourself, especially if watching with the fam.

The best part about this show are the children who had me chuckling throughout the five episodes that I have watched so far. For their first time acting, Rev and Justine did well and they have some great chemistry. I think they will get even better the second season. The show stays light and positive and deals with everyday silly drama, which is actually refreshing, but I hope they tackle some slightly deeper topics as they seasons progress. I really love the oldest girl, Veronica and I could see a spin off on her crazy life situations. She is charming and fun to watch. Overall a great family sitcom about an all American brown family, with a 90’s throwback feel. I will be watching all episodes.