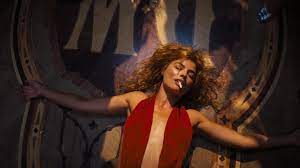 Damien Chazelle is a director that shot to the top so quickly, that it can feel unfair, but looking at everything he has accomplished at only 37, it’s completely reasonable. Chazelle’s breakthrough film Whiplash was a bonafide hit when it debuted at the 2014 Sundance Film Festival, landing five Academy Award nominations and three wins, including Best Supporting Actor for J.K. Simmons. Chazelle’s follow-up, La La Land brought him into the mainstream, not only was the film a hit with critics, but it also proved to be very successful at the box office grossing $447.4 million worldwide off of a $30 million budget. The film went on to garner 14 Oscar nominations, which tied it with Titanic and All About Eve for most nominations for a film. On the night of the ceremony the film won six awards, including Best Director for Chazelle and Best Actress for Emma Stone, and the film, for a few short minutes, was crowned Best Picture, but the award ultimately went to Moonlight. Despite the mix-up, La La Land has managed to stay in the pop culture lexicon even five years after its original release. Chazelle’s next film, First Man, a biopic on Neil Armstrong, was also well-received but didn’t deliver the same numbers at the box office as his previous film and only landed 4 Oscar nominations, none of them being for Best Picture or Best Director.

This Christmas, Chazelle will be stepping back into the director’s chair for the period drama Babylon, a film with a massive cast that could very well follow in the footsteps of his first two films, and we’ve put together a handy guide to everything you need to know about the award-winning filmmaker’s next project.

We don’t have too long of a wait for Babylon as Paramount has announced that the film will now have a wide release on December 23, 2022. It was previously announced that the film would have a limited release on December 25, 2022, before expanding on January 6, 2023, but the limited release was announced to be scrapped on October 18. Before COVID-19 changed the entire Hollywood landscape, the film was initially slated for a December 25, 2021 limited release date going wide on January 7, 2022. Considering how crowded the awards film landscape was this past year, it’s probably for the best that Babylon waited another year.

As of right now, Babylon will be opening in surrounding plenty of major films including the Whitney Houston biopic I Wanna Dance With Somebody, DreamWorks Animation’s fairy tale sequel Puss in Boots: The Last Wish, James Cameron’s long-awaited Avatar: The Way of Water, and the limited release of the Tom Hanks led dramedy A Man Called Otto.

Babylon will be set in 1920s Hollywood during the transition from silent films to talkies and much like Once Upon A Time In Hollywood and Licorice Pizza will be blending together fictional characters with real-life figures. The film will revolve around an ensemble of characters, some who find success in the transition while others struggle to keep their career afloat.

From Damien Chazelle, Babylon is an original epic set in 1920s Los Angeles led by Brad Pitt, Margot Robbie and Diego Calva, with an ensemble cast including Jovan Adepo, Li Jun Li and Jean Smart. A tale of outsized ambition and outrageous excess, it traces the rise and fall of multiple characters during an era of unbridled decadence and depravity in early Hollywood.

A lot of people. To be more specific though, Academy Award Winner Brad Pitt will be starring in the film as a character named Jack Conrad. Pitt’s character is fictional but is based on John Gilbert, a major silent film star in the 20s who struggled to make the transition into talkies. Pitt recently headlined Sony’s all-star action flick Bullet Train from director David Leitch. He also shared the screen with Sandra Bullock with his brief but memorable role in the adventure romcom The Lost City.

Joining Pitt will be Academy Award Nominee Margot Robbie as a character named Nellie LaRoy, which is said to be heavily inspired by it-girl Clara Bow who flourished during the talkie phase. Since her role in Martin Scorsese’s The Wolf Of Wall Street, Robbie has shot into superstardom, landing two Oscar nominations for her roles in I, Tonya and Bombshell. She also notably starred as the iconic DC Comics character Harley Quinn in Suicide Squad, Birds Of Prey, and The Suicide Squad. As for what’s next for the Australian superstar, Robbie is starring in three star-studded films from three notable auteurs including David O. Russell’s Amsterdam, Wes Anderson’s Asteroid City, and Greta Gerwig’s Barbie. She is also set to star in an Ocean’s Eleven prequel from director Jay Roach.

Relative newcomer Diego Calva who recently appeared in the third and final season of the Netflix series Narcos: Mexico will play the third leading role, a character named Manny Torres. While his name may not be well-known now, Babylon will surely propel him into becoming one of the hottest names in town.

Other stars who are on board Babylon include Quantico star Li Jun Li as Lady Fay Zhu. Emmy Nominee Jovan Adepo who broke out with films and shows such as Watchmen, Fences, When They See Us and Overlord will also be appearing as Sidney Palmer. Five-time Emmy Award Winner Jean Smart is on board to play Elinor St. John, Smart has been having a career resurgence as of recently having won two Outstanding Lead Actress in a Comedy Series Emmys in a role for her role as Deborah Vance in Hacks. Former Spider-Man Tobey Maguire also stars as a character by the name of James McKay.

Babylon is looking to be one of the longest movies of the year right alongside another December release, Avatar: The Way of Water. The film will run for a whopping 188 minutes, or 3 hours and 8 minutes. So you may need an extra cup of coffee or go on an extra trip to the restroom before walking into the theater for Chazelle’s latest.