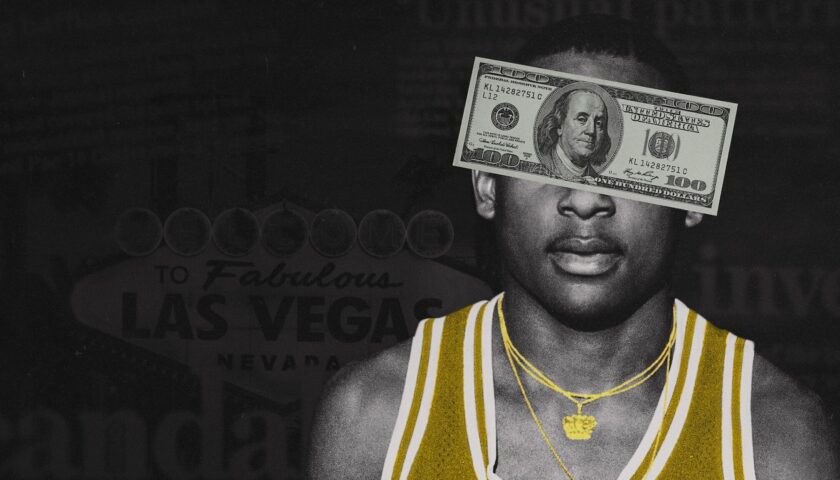 Scandals in sports is not a new phenomenon as they run back to 1919 when the Black Sox faced off against Cincinnati Reds to the NFL suspending high profile players Alex Karras and Paul Hornung for gambling in 1963 to Pete Rose banned for conflict of interest, figure skater Tonya Harding for foul play and, Lance Armstrong for doping just to name a few.

This industry is ridden by ugly scandals, and while those considered to be the grimmest reached the public, there are others that are quite as bad, but kind of flew under the radar. These are what Netflix’s latest series ‘Bad Sport’ is all about. The show attempts to unearth these instances, which did not draw public outrage simply because the public didn’t get to know about them or those that people just forgot.

The series unfolds in the form of interviews with the featured athletes, sports officials, and law enforcement officers alternated with past footage of the events in question. Since the documentary covers six different stories produced by Georgina Cammalleri, an equal number of directors were tapped to helm the project, including Miles Blaydon-Ryall, Georgina Cammalleri, James House, Lizzie Kempton, Alex Kiehl, and Luke Sewell.

As mentioned, the six-part docuseries set to premiere on Netflix on October 6 follows six different stories of sports and crime as told by the athletes themselves, coaches, and law enforcement officials. It dives deep into the dark underbelly of the sports world, exposing the ugly truth hidden behind all the beauty and pure competition in the field.

The show shines a spotlight on how some athletes, shady officials, and shadowy outsiders motivated by political interests, ambition, or greed stain the purity that comes with being involved in the physical world of sports. ‘Bad Sport’ narrates the stories of personalities who dug themselves deep into the hole of corruption and paid hefty prices for their crimes and irresponsibility.

The entire series chronicles the misadventures and mistakes that various individuals from the different sports categories committed.

The opening episode titled ‘Hoop Schemes’ goes back to 1994, zooming in on the Arizona State University basketball point-shaving scandal. The individuals involved in the misdeeds are star point guard Steven ‘Hedake’ Smith and Isaac’ Ice’ Burton. In exclusive sit-downs with the producers, the duo details how they conspired with bookmarkers to shave points in many matches.

These two weren’t the only ones playing dirty behind the scenes as masterminding the whole fix from a distance was Joe Gagliano, who revealed that he was making an absurd amount of money by trading bond futures in Chicago at the tender age of 22.

Smith was down to his neck in gambling debt, and he was told that his burden could be forgone and earn him some extra cash in the process if he tanked in a few games. So, he reached out to Gagliano, who placed a $1.1 million bet on the first game. This play was bringing in big bucks for Smith and his buddy Burton. As usual, with those who come across a massive amount of money, something they are not used to, they got overwhelmed and lost their heads, blowing the cash on diamonds, luxury cars, expensive clothes, and all sorts of fancy material things.

This, of course, caught the all-seeing eye of the authorities, and before long, the trio was doing time in prison. Though they are greatly remorseful for their deeds, they did say what they did was pretty easy and can still be done in the modern-day era.

Other personalities featured in the docuseries include Randy Lanier. This professional race driver competed at all the highest levels of racing events, including the 24 Hour of Le Mans, which led to him finishing at number 10 as a new driver at the Indianapolis 500 in 1986. While keeping busy on the racing track, he was moonlighting as a pot smuggler with his business growing beyond borders. He was jailed for life but released in 2019 after serving 27 years.

Luciano Moggi was a chief managing director of the prestigious Italian club Juventus. In the 2000s, he was drumming to have officials inclined to the club’s interest to work matches involving the famous team. Only that the championing wasn’t as discreet as he thought and was phone tapped pressuring the top officials of the referees’ commission to oblige to his desire. His actions led to severe punishment to Juventus, and he spent some time in jail.

If audiences thought that the first three cases were outrageous, then they are in for a treat when they find out what one Tommy Burns did. Now this man was the 1980s serial killer, only that his victims were show jumper horses insured by their owners for thousands of dollars. The owners would pay him a specific cut for their horses. Then he would take the lives of the majestic animals by electrocuting them, a process he said was quick and painless. This was considered one of the ugliest atrocities committed against animals for the sake of defrauding insurance companies.

Hansie Cronje was a great captain of the South African National Cricket Team back in the 90s. He was admired and honored by his teammates and fellow citizens alike until he shocked the southern nation when he confessed to fixing international matches.

In 2002 during the Winter Olympics, Canadian figure skating duo Jamie Sale and David Pelletier were up against the Russian team consisting of Elena Berezhnaya and Anton Sikharulidze. Judging from their performances, the former were the clear-cut winners; however, the gold medals went to the latter. The deciding vote was cast by a French judge who reversed her decision and admitted to being pushed into voting for the Russians. At the end of the day, two medals were awarded for peace’s sake.

‘Bad Sport’ revisits all these black spots in the industry, proving that almost every major sport in the world has been stained by the corruption always championed and motivated mainly by greed and the desire for power. This series, too, brings to the fore the aspects of how well-paid athletes are to avoid these kinds of temptations. If one is interested in being amazed by what awful things humans can do for money, then ‘Bad Sport’ is just perfect, and one might learn a few things about the featured sports in the process.