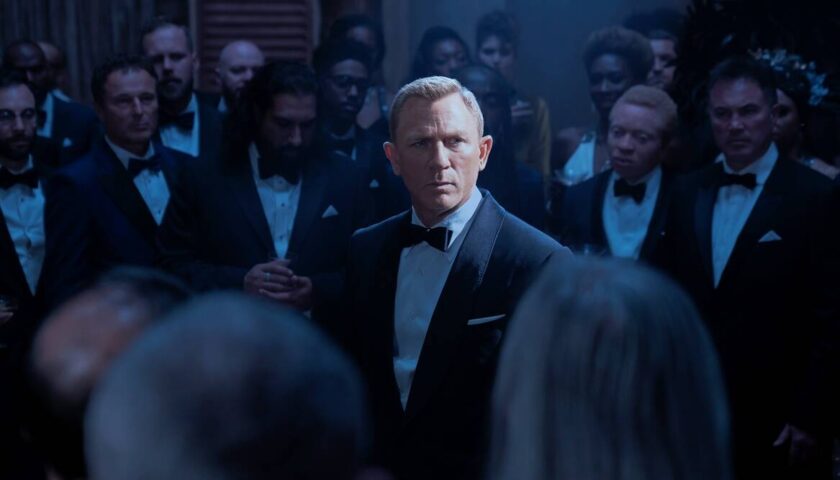 James Bond, who has retired and lives the life of a recluse, finds himself in the midst of trying to solve the mystery of Project Heracles. The more he delves deep into the case, the more he has to lose. Will he risk everything for this mission?

For fans of the James Bond franchise, this particular film has Herculean expectations. This is after all the last Bond film that Daniel Craig will feature in and it took a lot of convincing for him to do this film too. And the release of this film has been delayed due to the pandemic. No Time To Die does not disappoint. Instead, it matches every expectation and even delivers more.

The introduction sequence sets the tone for the film with a heady mix of romance, action, explosion and betrayal. The story that follows is an edge-of-the-seat drama that has one hooked to the screen. The fact that the film is 2 hours and 43 minutes long and is the longest Bond film till date seems rather inconsequential. As one is eventually left wanting more in the end of the film.

This story has everything that one expects from Daniel Craig as Bond and yet also is a tribute of sorts to the good old 007 films back in the day that starred Roger Moore and Sean Connery. There are all staples one expects from the films from the franchise, be it stunning automobiles, fancy gadgets, sci-fi twists, femme fatales, pacy action sequences and macabre villains who never fail to shock you. Of course, throw in Bond trying to rescue the world too.

The film sees all of Bond’s allies rally for him and some old adversaries too. It tries to bring in some closure to Daniel Craig’s stint as Bond. And the fact that there’s also a female agent, Nomi, who has been appointed as 007 when Bond was on the break, also leaves one wondering more about what could lie ahead in the franchise, could there be a spin on the agent name in store? Also, the fact that the film has a central theme dealing with DNA and genocide when we’re in the midst of a pandemic is an eerie coincidence. Remember that the film was ready long before.

Speculations and theories apart, this film leaves enough and more scope for Daniel Craig fans to celebrate their hero. Not only is he in top form, but he looks better than ever too. Rami Malik, in his role as the Hannibal-esque nemesis to Bond, leaves a big impression. Cary Joji Fukunaga has given Bond fans a celebration that will be long remembered. And Léa Seydoux ensures she lives up the complexities and secrets of her character. Ana de Armas in her brief role of assisting Bond is his Cuban escapade in the film is another highlight, as is Lashana Lynch as the new 007.

No Time To Die is best summed up as the perfect Bond experience. Don’t miss this one in the big screens.