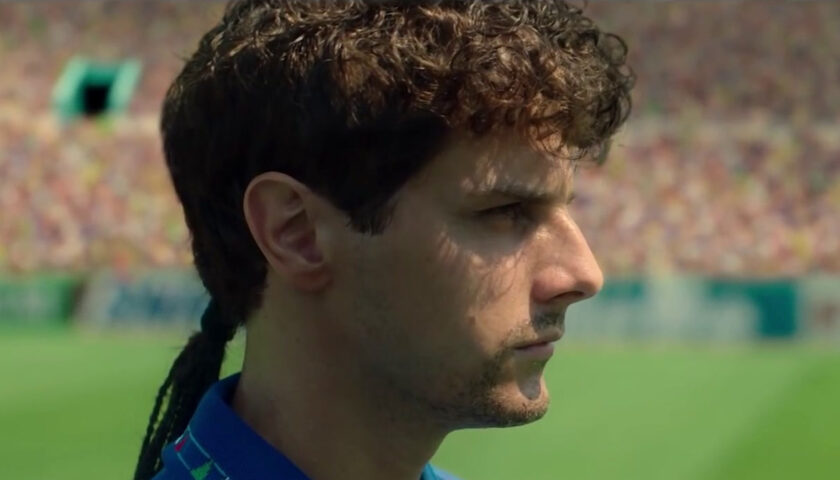 This biopic of the Italian soccer player Roberto Baggio is a botched effort.

“Baggio: The Divine Ponytail,” a Netflix biopic dubbed “freely inspired” by the life of Italian soccer player Roberto Baggio, closes with a group of fans of the athlete who greet and applaud him. In real clips during the credits, an announcer called him “probably the most popular player in Italian football”. It’s a measure of how messed up the movie is that it never conveys how or why it was loved.

Even football is superficial. Instead of lingering in the square, director Letizia Lamartire cuts to Baggio’s friends and family watching on television. Chronologically misrepresented, the film races through important developments such as Baggio’s recovery from an injury or his commitment to Buddhist meditation and flashes forward abruptly more than once for several years.

Clichés become a kind of shortcut. At dinner in 1985, Baggio (Andrea Arcangeli) informs his parents and siblings that he has signed a valuable contract. “Well, you can pay me back the windows you broke,” scoffs his father (Andrea Pennacchi), who later adds. “Even if you make more, you’re no better than your brother who busted his ass in the factory. ”

Half an hour later, when the film reaches the 1994 World Cup, at which Baggio plans to fulfill an obvious childhood promise to his father, the coach compares him to the famous player Diego Maradona. Nothing the film showed of the grumpy Baggio, whose hair gives him his nickname, prepared viewers for comparison.

It is possible that Baggio: The Divine Ponytail will resonate with football fans. But the supposed size of the protagonist didn’t make it onto the screen.