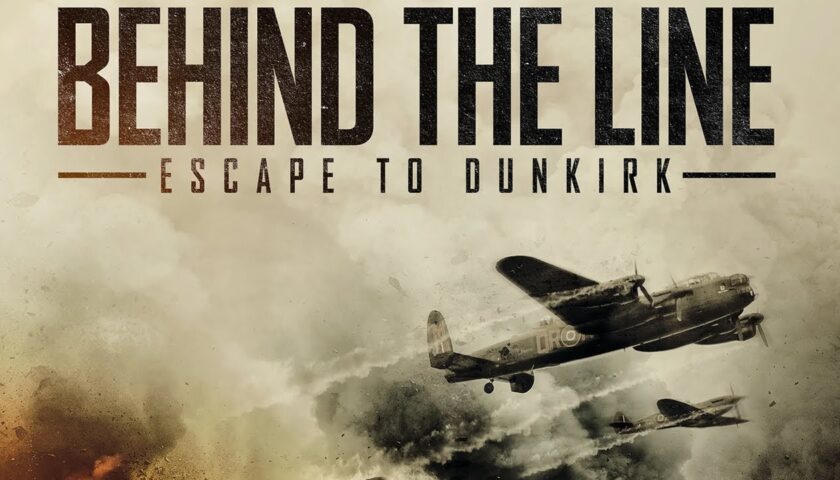 Danny Finnegan, (played by Sam Gittins), is an accomplished British boxer, finding himself retreating from the advancing Germans near Dunkirk. He is captured and a German SS Officer identifies him and pits him in the boxing ring against an equally talent German boxer. The POW’s use the cover of the boxing ring to stage an escape.

Where do I start? This movie is so bad !! Low budget movies do not need to be so bad. While I think Sam Gittins played his role convincingly well, the other actors around him that gave poor performances were a major distraction. As a military historian and military gun collector, I spotted numerous flaws quickly in the first few minutes of the movie.

The story line was good, albeit that such events would not have actually happened in reality during the German advance on Dunkirk.

The uniforms? OMG… At least the British uniforms looked authentic. The German uniforms looked much more like they came from a costume store for dress up parties. Close ups on the German helmets were a dead give away as being plastic. The leading German SS Officer would never have worn such an unkempt uniform, His cap looked like he had sat on it.

I found the first 20 minutes or so into the start of the movie very slow and unconvincing. Putting the inaccuracies aside, the story began to flow and I was able to struggle through to the end of the movie.

The Germans soldiers speaking actual German language with very strong British accents in their speech was distracting. Obviously Englishmen speaking German, that they may have spoken for the first time while rehearsing their scripts.

Hand held cameras again !! H.H. cameras are good for dramatizing being jostled in a crowd or attempting to simulate the view of one of the characters, but this hand held camera being held very unsteady in what should have been fixed camera scenes made this movie look very amateur.

Gun fire from the incredibly loud British Enfield .303 in this movie gave out the same decibels and tone of a paintball gun at higher volume.

Audio track of gun fire and poor CGI were totally out of whack. And amazingly, none of the firearms in this movie gave any recoil at all!!.

Overall, not a bad story line and plot, as historically inaccurate as it is,; but the bad acting, inaccuracies, costumes, CGI and camera work left this movie severely wanting. This is a very low end B grade movie, if not hitting C grade. I would give it a 2.5 rating, but gave it a 3 as I could not go halfway between 2 and 3 on IMDB ratings.