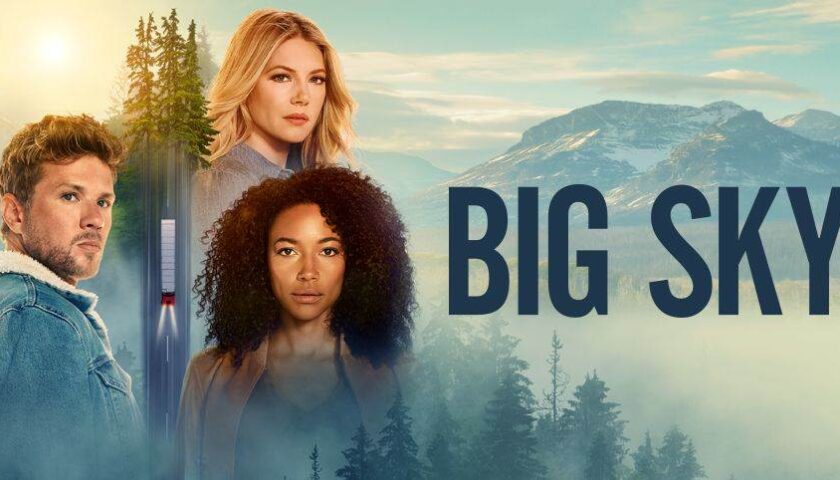 Great start with a shocking surprise ending in the pilot episode which I for one did not see coming at all. Prostitutes as well as young school aged girls have gone missing in every state for many years now and if you have ever watched TV crime shows such as Forensic Files, Dateline and/or 20/20 , there are always clues left behind which sometimes lead to an arrest and ultimately to a conviction, but there are also many open investigations which have remained open for decades.

In the Big Sky pilot episode we witness a young prostitute at a truck stop being abducted, as well as two sisters who were on a road trip when there car suddenly breaks down late at night. (No spoiler here, this scene was advertised a thousand times in the series preview commercials for the past few months).

So the chase has begun to find out what happened to the two missing sisters who were expected to arrive in Montana hours earlier but they never showed up. The young man Justin Hoyt (Gage Marsh) who was waiting for his girlfriend Danielle Sullivan (Natalie Alyn Lind) and her sister Grace (Jade Pettyjohn) to show up at his place is worried so he calls his dad Cody Hoyt (Ryan Phillippe) and mom Jenny (Katheryn Winnick) who own a Private Investigation firm who jump into action as they know how important the first 24 hours are in finding missing persons.

The private investigator Cody Hoyt is currently seperated from his wife and has been romantically involved with his other female detective Cassie Dewell (Kylie Bunbury) who also works with his wife Jenny who is a former policewoman. So there is marriage strife at the Hoyt detective agency as well as some uncomfortable moments between the two female detectives. As all these relationship issues are going on in the office, Cody Hoyt hits the road to see if he can assist his son Justin in finding Justin’s missing girlfriend Danelle and her sister Grace.

There is a state trooper named Rick Legarski played by the always impressive John Carroll Lynch who would rather be out helping motorists on the highways he patrols rather than spending any quality time with his wife as they are now empty nester parents.

This pilot episode is a great start which had an even greater ending for the pilot episode. I hope the series which includes truckers, prostitutes, state patrolman, private investigators, missing women, and kidnappers leads us up and down the highway with more intrigue and surprises.

I give this the pilot episode a perfect 10 out of 10 IMDB rating.