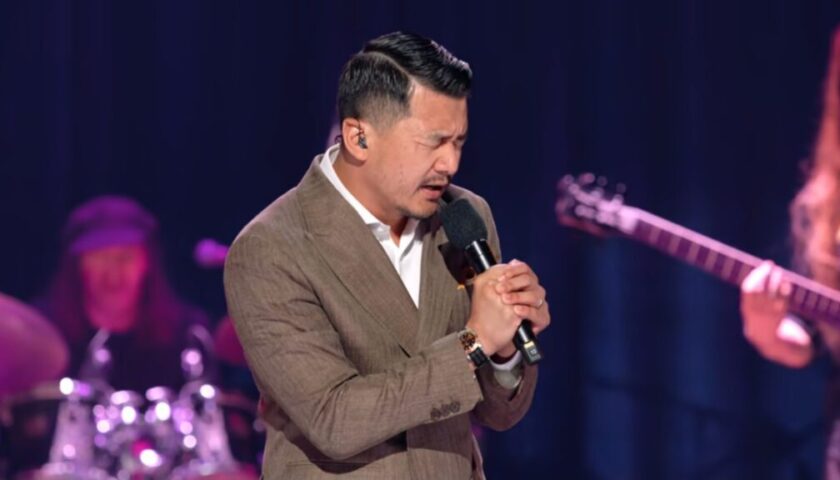 So, Netflix wants us to believe Michelle Wolf is one of Bill Burr’s great friends, so he himself chose her for this? Have you seen them together? And of course the Netflix trailer isn’t someone doing a fun joke, but her complaining about not having enough female politicians or something? Of course. What possibly else, right, Netflix?

I gotta be honest, this is disappointing. In fact, I doubt Bill Burr actually chose those people. Netflix did. I bet if Patrice was alive he even wouldn’t be here. So let’s not pretend this isn’t yet another “Netflix chooses the safest people cherry-picked to fit diversity quotas, who push the right agendas, but Bill Burr’s involved so you’d actually watch this”.

I tried giving Wolf another shot and sat through her speech about poor white women material, but I gotta be honest, I should’ve skipped ahead. Life is short. “Now little girls everywhere will know it’s possible to be vice president” — oh I can’t tell you the amount of little girls that aspire to that. You should check Instagram or Tik Tok — all the little girls are definitely so interested in becoming vice presidents…

Anyway, after I skipped ahead finally, until someone else was on stage, it was… freaking Jimmy Carr? That’s another one of Bill Burr’s “friends”, eh? Sure… I always hated him but he gets a few points for being occasionally edgy, in between telling the usual things the media tells you, delivered as statements and not jokes. He does a few “oh so current” Michael Jackson jokes about events neither the audience nor me remember, because we weren’t even born yet, and leaves.

Well, two for two, let’s skip ahead. Next is yet another diVeRsE fEmAle CoMic (Netflix is full of those) and this time Burr makes it clear he doesn’t know her, he just recently saw her on Instagram, which is a big red flag, but here she his – his “friend”. She opens with cheap vagina jokes and lifting her skirt, calling out “straight men”, just like Wolf opened with her feminist material – so do I really need to describe how bland, generic and unfunny this one is too? What’s next, Amy Shumer? Surely things can’t get any worse.

Who’s next, Bill? Jeff Ross and Dave Atell? Huh! This is actually a nice surprise. I mean Jeff Ross is usually pretty sub-par but at least Atelle is an actual accomplished comedian. Their Bumping Mics Netflix show was only good thanks to the guests, and their banter was never hilarious or sharp-witted, though. Same here. It was nice they shouted out Gillbert Gottfriend who passed away, but… not Bob Saget? I’ll just assume this was recorded a while ago. Now those two would’ve made this show a killer for real.

They bring Burr on stage with them and things finally get a bit funny for a brief moment. Next is Ian Edwards. He’s black, so of course his first comment is about him being black. And he continues the Michael Jackson jokes with some obligatory slavery jokes thrown in… He definitely doesn’t kill, but at least he’s not as obnoxious as some of the rest.

Next is actually a friend of Bill’s, finally – Joe Bartnick. His material is more different, in a good way, not the predictable drivel most of the previous ones did. He’s also the only one who dared to comment on Will Smith slapping a comedian at the Oscars, an actual current event that’s a big deal, not some safe Michael Jackson stuff from 30 years ago like the other “comics” chose to talk about.

Then it’s time for the third obligatory lesbian (or lesbian-looking) female comic, and of course it’s not Lisa Lampanelli or anyone actually fun. It’s Jessica something, and she’s… not fun.And we’re kinda done. Thank f-ck BIll shows up one last time to actually remind the viewers this was supposed to be a comedy show.

In conclusion, those aren’t Bill Burr’s friends, and they don’t kill whatsoever. In a perfect world this entire show would’ve been Patrice O’Neal actually killing it. And maybe a few of Bill Burr’s real friends he’s been talking about on his podcast, and who have opened for him. But nah, this is entirely Netflix, a.k.a. It sucks.I can’t believe I waited weeks for this. Should’ve known it can’t be Netflix-produced and good at the same time.