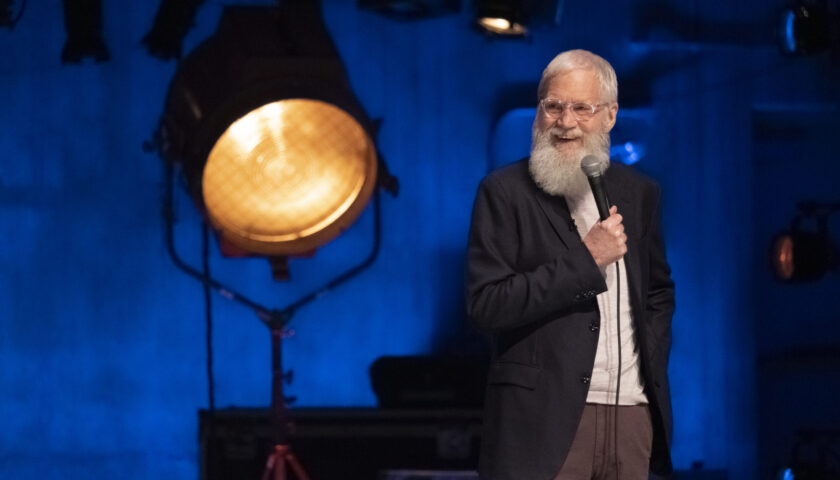 That’s My Time With David Letterman – a six-episode stand-up special recorded in April this year, during the Netflix is a Joke festival, has the veteran comic and former talk show host introducing a bunch of new comedians, who do a set and then sit down with him for a quick chat. The first three episodes dropped this week, featuring Sam Morril, who had a cameo in The Joker, Rosebud Parker and Naomi Ekperigin, with three more expected on Sunday.

David Letterman’s an immensely funny man; one who doesn’t mind poking fun at himself or the platform that’s paying him to host this show. But That’s My Time With David Letterman is not the veteran comic’s Netflix special. It would have been nice if it were, but no, this is show that was recorded as part of the streaming giant’s Netflix Is A Joke festival, which featured new-gen comics, some of who are popular on social media, done a special or two or are even working on Saturday Night Live.

Each episode is just under 20 minutes, with Letterman doing a fun monologue at first, whether it is about him being too old and his time having been in the 80s or the things that you don’t ever hear in Los Angeles or how Will Smith was told to not come back to the Oscars for 10 years (for hitting Chris Rock), while he got told to not come back ever after hosting the ceremony; he says stuff that will crack you up. It’s short, though, and will have you wanting for more. He then introduces a comic, who gets to do a set and then sit down for a conversation with Letterman about themselves, the material they presented and maybe even throw in a couple more jokes.

The featured comics are fun and land quite a few of their jokes, like Sam’s appreciation of women, “You can fake an orgasm, but not a good mood. Isn’t that crazy? You know what’s cool about women is that you don’t do mass shootings. Shout oout for not doing that. That is mostly men, right? Women, they’ll murder their husbands or boyfriends, but they are not killing strangers. I think men and women kill the way they make love – Men are like, ‘I will kill anything’, and women are like, ‘I got to get to know you first. So…You want to get murdered by me, how about putting a little work in.” Or Naomi’s struggle to find a female “hardened” therapist between the age of 40 and 60 who will not be moved by anything she tells her and how she will not pay money to talk to a man. “Why would I incentivize a man to do that. If I wanted a man to tell me what to do, I’d go on Twitter, go to a Home Depot or attempt to parallel park,” she says.

There are quite a few laughs in these three episodes, but I can’t help but feel that Dave’s a lot funnier than this bunch. This maybe a bit premature, since we are only three episodes into the first season, but a special featuring Letterman would have been so much better.