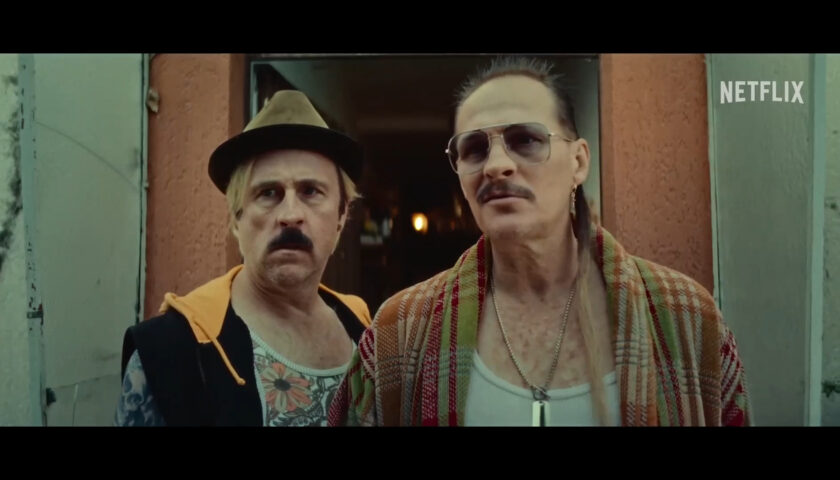 Directed by Arne Feldhusan, Buba is a story about a small-time con artist whose trajectory of life changes when he gets involved with the mafia along with his manipulative, yet close brother. Adamant about living an unpleasant life, bearing pain comes second nature to him, as he hilariously invites pain, seeking to justify any ounce of good thing happening to him.

‘The theory of Sacrifice’ best provides an outlook of the philosophy of Jakob Otto aka Buba’s life, as he compulsively tries to balance out the books, looking to sacrifice his comfort in exchange for the ‘cost’ of feeling good. Brought up by his grandma, Jakob experienced the loss of his parents at a very young age in a car accident, that nearly took the life of his brother Dante Otto as well, but instead he was left with chronic illness. He witnessed his grandma’s words coming to life as his parents died, while he was participating in a breakdance competition having the best day of his life. What follows next is his self-destructive ideology, sworn to never leaving his brother, Dante’s side, as the two decide to team up with the mafia dreaming about their pockets full of cash.

Jakob’s core belief system forms the spine of the base of the comedy that his antics and behaviorism try to establish, which very well lead to the ridiculous on-the-top solution to problems that somehow don’t feel insane, and make complete sense given the context. It tries to salvage the comedy in those awkward moments and plays along with the perspective of Jakob’s thought process. Consequently, it does build upon some of its jokes that it tries to bring into play, and releases them in the right amount, and at the right time.

It starts in the most questionable way possible, with Jacob aka Buba, accidentally shooting himself in the face, as he tries to counter the intrusion of a group of unidentified youth on his turf. All while his fate remains in question, Jakob begins to narrate his life in chapters. There is a sense of irony in him being the narrator of his own story considering the moments of realization the plot dwells into towards the moral of the lesson later on as it carefully draws parallels in certain events. Following a non-linear storytelling format, the screenplay is executed well given the length of the story, and might just be the best part about this dark comedy, as they subside alongside with narration of the film.

It is smart enough to recognize the development of the relationship between the two brothers, because essentially what it does is set up two of the subsequent elements in form of their relationship with the mafia and the budding realization of reality within Jakob’s character, that is the epiphany which determines the thoughts in the minds of the audience about the type of life he lived, even if he was a slave to his theory. Georg Friedrich as Dante Otto makes the most of his role, while Bjarne Mädel is faithful as the lead of ‘fairy tale legend’ Buba. They both had good chemistry, which is reflected in the type of personalities they had.

What it misses out on are the external emotions that were needed in some sequences to allow the required break of the narrative from getting too heavy. Jule, played by Anita Vulesica, is Jakob’s love interest. She and Jakob’s story attempts to churn out these overwhelming feelings of the black comedy genre and stabilize the breaking point connection subtly in the pacing. However, it is not enough, there are no emotions portrayed within the characters when needed. Some of it does hold up without much saying, while the others moments don’t, which ultimately devalues the effects of certain characters. There are inconsistencies within the different side plots as well in terms of interest and the relevance of the characters involved which could have been done better.

Despite some tricky flaws, the story does manage to create an effect and be more than a generic black comedy. It could have done better if it didn’t rely on some of the repetitions of handpicked elements, which in my opinion would have suited the unpredictability theme more.