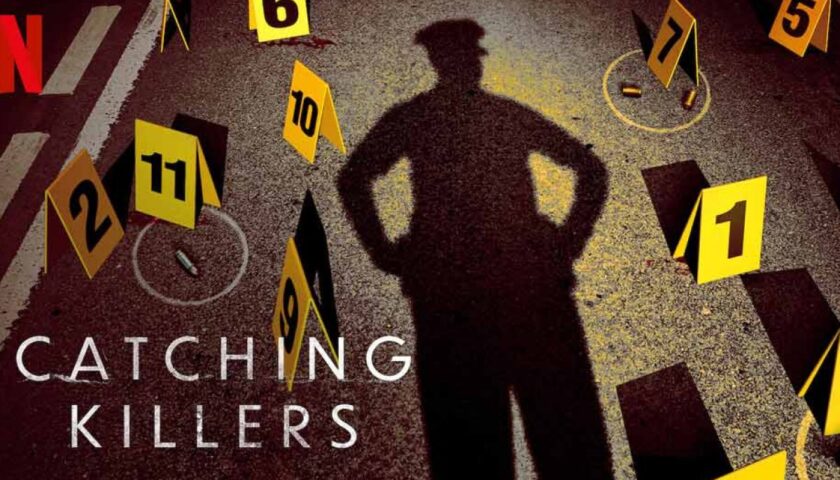 Earlier today, Netflix dropped Catching Killers, a new crime docu-series, on its streaming platform and it looks quite promising. Unlike true crime shows that narrate from the perspective of the victims and their families, Catching Killers documents the crimes from interviews with the investigators who had worked the cases.

Catching Killers provides a glimpse into the world of homicides as detectives revisit and narrate their harrowing experiences of being involved in solving these cases. It also documents how forensic tools have evolved and helped detectives convict more criminals than ever before, changing the entire crime-solving scene.

Catching Killers is divided into four episodes and explores three true crime stories that horrified and gripped the world with fear. Told from the point-of-view of the investigators involved in solving the cases, the series follow police officers and prosecutors as they catch some of the world’s most violent cold-blooded killers.

The first episode is about the Green River Killer who would target women, especially prostitutes. Their bodies would eventually be found in or around the Green River in the western United States.

The second episode tells the true story of a female serial killer who would target middle-aged men traveling along the Florida Highway. She would shoot them with a .22 caliber firearm and then abandon the bodies.

The third and fourth episode is about the Happy Face Killer who murdered eight women. He was known so because he would leave tiny smiley faces on the many letters he wrote to the media and authorities.

Affective narration is the key point of Catching Killers. This makes it stand out from most other crime documentaries. This, and the fact that the docu-series unravels homicide stories through interviews with investigators themselves.

The series consists of interviews, news clips, pictures of the crime scenes as well as re-enactments by the interviewees that push forward the story. It’s shocking to think how close this series can get viewers to the killers and the crimes they committed, through video clips of interviews of the caught killers. The news clips and videos from the archives also help viewers form a mental picture of the crime scenes.

The show is peppered with some heart wrenching moments as investigators break down while talking about these cases where countless victims lost their lives. A sense of helplessness evolves as the viewer empathizes with these individuals who had their own driving reasons to solve the murders and incarcerate the murderers.

Viewers walk through the cases with them as they narrate their experiences, their small moments of joy and also disappointment. The determination of these investigators who diligently gave their all to find the killers provides a glimpse into the lives of detectives and police officers who are assigned cases like these. The main impression that the show leaves is the emotional turmoil these investigators go through while attempting to catch these criminals.

Overall, Catching Killers is a very engaging watch. The episodes are short and tightly packed, spanning around 40 minutes each. The suspense and thrill is sure to keep viewers on the edge of their seats with an ominous soundtrack playing in the background adding to this haunting experience.

For all the true-crime addicts out there, Netflix has brought them another series to binge on. Catching Killers is available on Netflix right now.