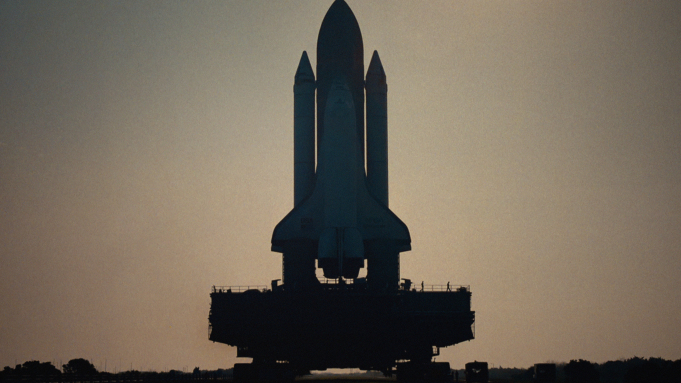 The earlier, looser episodes allow for more of an unabashed wallow in the particulars of the era, from the cringe-inducing (like Tom Brokaw asking Challenger crew-member Judith Resnik if anyone had ever suggested she was too cute to be an astronaut) to the retroactively ironic (like Jerry Seinfeld joking on The Tonight Show that the only way to interest people in the space program again would be to draft ordinary people who didn’t want to go). The Final Flight captures how much the space shuttle program’s first era shadowed 1980s culture, from the multiple congratulatory statements and phone calls from Ronald Reagan to the guest appearances by the likes of Steven Spielberg and Peter Billingsley at launches.

But Billingsley’s presence here-in older footage and in new interviews-also provides a useful pivot-point into episode four’s more substantive material. It’s harrowing to hear Billingsley describe what it was like to witness the Challenger explosion in person, standing in a crowd of people who weren’t sure what they were seeing until they heard the creepily detached voices of NASA Mission Control saying, “Obviously a major malfunction,” and, “The vehicle has exploded.” It’s hard not to be overwhelmed by the images from that day-the weeping spectators, the contrail lingering in the sky-and by the testimony of family members describing their still-painful feelings of loss. (Try not to break down when one of the astronauts’ wives talks about disappearing into the bedroom to hug his clothes, and then finding the Valentine’s Day card he was planning to give her when he came home.) The sentimentality quickly shifts to tension and outrage as The Final Flight gets to what happened next, which involved NASA stonewalling the press, the media doing their own analyses of the footage, President Reagan convening an exploratory commission (and giving its head the command, “Don’t embarrass NASA”), and a few unruly scientists (including the late, great Richard Feynman) slipping past the gatekeepers to say what needed to be said, about the agency’s increasing preferences for cost-cutting and upping the number of missions over basic safety protocols. The series ends with an impressive flourish.

So sure, The Final Flight could be a lot more focused. But Leckart and Junge ultimately have the goods, and they do deliver. Their final half-hour in particular is incredibly dramatic, echoing a lot of the discussions we’re still having-all about whether it’s better to be honest with the American people, or to preserve our myths and heroes.